Near the Wild by Maureen Willett

Near the Wild by Maureen Willett

COWBOYS AND LEPRECHAUNS.
Both occupy Maeve MacKeighry's world in 1870, and she must decide which will win her heart. Leprechauns are feared, even in Ireland, but that doesn't prevent Maeve from striking up a friendship with one who lives near her village.
But once Maeve becomes a young woman, the local villagers start to gossip, especially since the MacKeighrys are known to practice magic in their home. It's just for entertainment, but the town folk don't see it that way.
Rather than be outcasts, the MacKeighrys set off to America to homestead in Kansas, vowing to leave their magical ways and friends behind. Little do they know that Maeve's friend follows and protects them on their journey.
The MacKeighrys encounter many adventures along the way to Kansas, only to find a simple sod house on their new farm at the end of the journey. The untamed land offers a fresh start for the family, as well as two very interesting men who both compete for Maeve’s attention.
Pretty young women in a wild western town are a rarity. But can she forget her magical friend, and turn her attention to two of the most interesting men she has ever met?
Perhaps cowboys and outlaws have a certain charm that a leprechaun doesn't, after all.

Most of the novel takes place in Kansas in 1870 and is based on my family’s history.
The idea of the MacKeighry’s sod house came from the home of my great grandfather.
I was lucky enough to visit it as a teenager before the house was destroyed.
One of the characters, Nikki Fuerst, is based on an ancestor, a prince from Austria who was disinherited for marrying a commoner and sent off to America. Stories I’ve been told my entire life about my family’s history and traditions, such as levitating tables, are included in Near The Wild.


AVAILABLE FOR YOUR KINDLE! 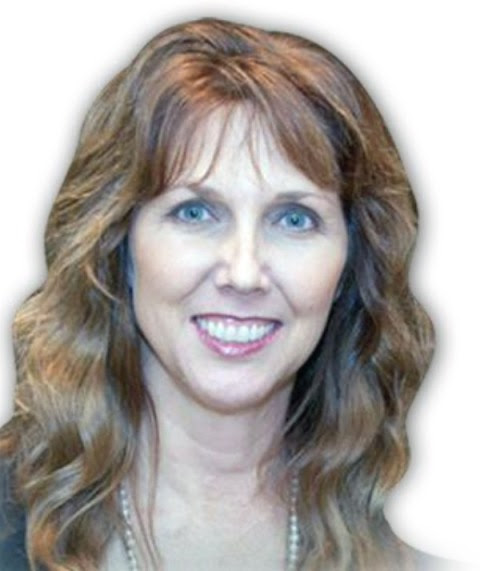 Maureen Willett is a writer of fiction that pushes the boundaries of established genres.
Her stories mostly come from her own family legends that have been passed down through generations, but then she tops them off with a twist of faery dust and angel wings. But at the core of each story are great characters in very human conflicts that anyone will find compelling.
Each novel is crafted as an experience that will take readers beyond their day-to-day lives, incorporating themes of time travel, reincarnation, and magic.
She is a former journalist, public relations professional, and media marketing specialist. Maureen lives in Hawaii with her family and walks the white-sand beaches of Oahu each day to get her inspiration for writing.

Somewhere in the haze of trying to reach the elusive man with black hair and blue-green eyes, I heard a distant sound. At first, it seemed to be just a part of my nonsensical dreams, but the sound got louder until it crept into my consciousness. I sat up and blinked the sleep from my eyes, wondering
what was happening. Everyone was racing toward the stairs like stampeding cattle. I shook my head to get the fog out, and threw off the covers. I had to be there to catch the first glimpse with everyone else. I grabbed a blanket and wrapped it around my cotton nightgown, throwing modesty and propriety aside.

I ran to the upper deck in anticipation and searched for a spot to look over the rail. There were too many people and no room. I looked around for a MacKeighry, but they had all been swallowed by the frenetic crowd at the rails. I spotted an empty barrel by one of the mastheads, so I climbed on top of it to peer over heads, not caring that my blanket had fallen somewhere on deck. No one cared. I was not the only half-clad person caught up in the excitement.

What was before me was greatly unexpected. The land stretched out farther than the eye could see, but it held an odd, brownish hue. I sighed in disappointment. There were no emerald fields, as I had been accustomed to at home. I had never seen such dull landscape. Even the ancient town where we embarked on the ship in France had been prettier than this.
Everyone onboard shouted and applauded, happy to be in this vast, new country, but I didn’t join in the revelry. This new land, no matter how promising, meant the end of my relationship with Finn, and, therefore, the end of all happiness.

As we made our way into the New Orleans harbor, there were tall weeds along the marshy land, and a boy ran along on shore, waving to our ship. I’d never seen a person with such exotic skin. It was the color of milk chocolate, and his eyes were big, brown saucers. His white smile showed missing teeth. Behind him was a dilapidated house that was probably once magnificent but now was overgrown with weeds and thick vines. Half of it had been burned. Faint whispers of a way of life before the Civil War came through with the breeze, but they were nothing more than old, unspoken secrets of days gone. The thick air felt almost menacing. There was something else in the air, too.

This place was filled with mystery, and I was intrigued, in spite of longing for Ireland and Finn.

As the Belle Asisse got closer to the harbor, the water became murky brown from the runoff of the bustling harbor. And the buildings got bigger, although they appeared to be thrown together with a piece of plywood and some bricks. Everywhere people, mostly men, ran around, carrying various goods to load ships.
The site swirled before my eyes. I started to fall off the barrel.
Then everything went black.

I loved the idea of this story. I appreciate magical realism and enjoy historical fiction. I even really liked the characters. I would read another book by this author, perhaps a spin off of Gavin's story.
The description speaks of cowboys and leprechauns, and Finn was considered a bit of both while in reality he was neither. This is an unusual coming of age tale about a family trying to find a place for themselves where they could be themselves. And about a young woman fighting for the love of her life to be allowed to be part of her life.
The adventures, more specifically, the situations Maeve finds herself in and surrounded by, are dangerous and deceitful. She fights her own nature as much as her changing circumstances.
All very good elements of a successful book, but, for me, it did not live up to its full potential.
I found the pace somewhat slow, where even though I felt the tension building, it was not quickly enough for me to care as deeply as I wanted to.

I faithfully followed along but did not get completely caught up in Maeve's story.
At the end, I was glad to have the epilogue to fill in the rest of the story.