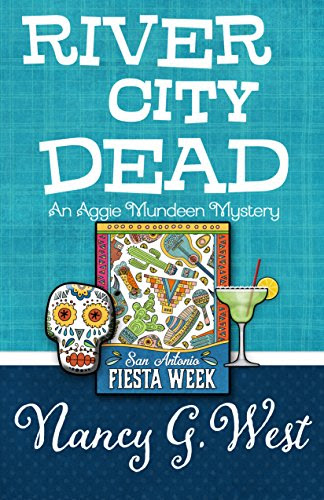 Aggie Mundeen, who advises readers in her column, “Stay Young with Aggie,” is pushing forty and determined to postpone a precipitous descent into middle-age. She plans to rendezvous with SAPD Detective Sam Vanderhoven at a hotel on the San Antonio River Walk…a vacation from crime and reset for their tumultuous relationship. In the midst of River City during Fiesta Week, what could go wrong?
Aggie’s new friends, the Fabulous Femmes, are holding their convention at the hotel. When hotel guests are murdered, Aggie discovers her friends have disturbing backgrounds. Evil surfaces at Fiesta events, and Aggie’s dancing debut at a Fiesta performance at Arneson River Theater is fraught with danger. Even in idyllic River City, crime complicates relationships.

•FIT TO BE DEAD

Prepare yourself for the adventure to begin when you open the book. Humor mixes with murder when Sam and Aggie try to take a few days off.By this time, Detective Sam Vanderhoven is resigned to the fact that as much as he wants to protect his darling, girlfriend Aggie, who meddles in newspaper advice as well as murdurous affairs, he is better to include her front the start when their planned weekend get-away goes wrong, than let her entangle herself trying to find answers without being noticed by the authorities. (Spoiler alert, she still tries to do things her own way.)Aggie has body issues, but not enough to shy away from becoming one of the revelers, including a group of Fabulous Femmes, gathered to enjoy Fiesta Week, and who may know more than they are willing to share when one of their own is found dead. The descriptive writing is wonderful and the way we are included in the thought processes of those investigating delights a true cozy fan. I enjoyed the history I learned. The only thing that I disliked about this book was when characters younger than 50 years old (much younger) considered themselves to be middle-aged. Possibly seasoned, mature, maybe but not what I think of as middle aged! 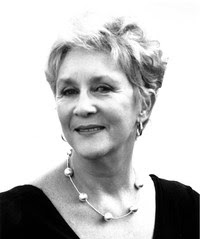 I’ve been writing since age seven: poems back and forth with my mom. I had a real poem published in the Library Journal, Pegasus, at age fifteen. At eighteen, I wanted to study journalism and English literature, but friends who chose that college route were making minimum wage or selling lingerie. Being practical, I earned a business degree.
After marriage and two children, I decided I HAD to study literature and write. I wrote non-fiction articles, a biography, and a suspense novel in 2004. That’s when whimsical Aggie Mundeen cut through the suspense, popped into my head and demanded her own series. The Aggie Mundeen mystery capers were born.
Aggie must have been right: FIT TO BE DEAD is a LEFTY FINALIST 2013 for best humorous mystery, nominated by Left Coast Crime.