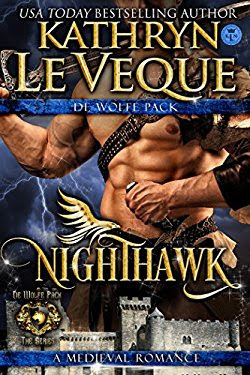 Patrick de Wolfe is every bit his father's son - cunning, intelligent, and ruthless.

An enormous man with his father's dark hair and his mother's pale green eyes, he's the man destined to lead William de Wolfe's great legacy. He is so great, in fact, that the king has personally asked for his service, as one of the king's personal body guards. On the eve of Patrick departing for this auspicious assignment, he finds himself caught up in a skirmish along the Scots border.

And a prize lands in his lap that will change his destiny.

A prize in the form of a Scots captive harboring a deadly and important secret, one that could bring war and destruction upon those who shelter her. When Brighton “Bridey” de Favereux is rescued by the powerful English knight, she is taken back to the massive fortress of Questing Castle, seat of the legendary de Wolfe family. Having known nothing but hardship and cruelty her entire life, she is surprised when they are kind to her. The English, who are supposed to be her mortal enemy, are gracious and generous. For the first time, she understands that people can be kind to each other.

And the kindest one of all is the man who saved her.

Some loves are unexpected while others are instantly realized. The love between Patrick and Brighton is something that comes from a deeper place of understanding and attraction, a powerful love that cannot be denied… but it is a love that may cost them both their very lives when Bridey's terrible secret is uncovered.

“Did the nuns at Coldingham beat you so severely, then?” he asked, trying to jest his way out of what could possibly become a tender moment. Romantic. “You make it sound as if no one has ever shown you an ounce of compassion.”
She smiled and his heart began to beat faster, just as it always did when she smiled. He was becoming a slave to that smile.
“W-when I was young, they were quick with a switch or a slap,” she admitted. “Fortunately, I learned quickly. I have not been switched or slapped in many years.”
He grunted. “The Brides of Christ are brutes,” he muttered. “You can get more out of a man with encouragement than with fear. That is a lesson those nuns need to learn.”
Brighton giggled. “Y-you can tell them so,” she said. “Then make sure you run away very quickly. Those switches are very fast when they swing them.”
He grinned because she was. “They cannot catch me,” he insisted. “I take one stride for every three of theirs. They would have to run like the wind to catch me.”
“A-are you brave enough to test that theory?”
He shook his head without missing a beat. “Not me. I have no desire to be switched.”
Brighton was rather enjoying the jesting mood. For a woman who had never flirted in her life, it seemed that she had somewhat of an innate ability because she squeezed his big hands tightly as she gave him a rather impish grin.
“N-not to worry,” she said. “I will protect you from them. I will have my own switch and fight them off. Any man who would save me from reivers, I dare not permit the nuns at Coldingham to lash.”
All of that resistance he’d fronted against possible romantic feelings was being summarily crushed by her expression and warm hands. Here they were, in the dark, alone, with only a hint of moonlight through the trees, and he was being foolish enough to resist showing the woman any kind of tenderness. She frightened him but she also intrigued him; he was resistant yet she continued to lure him in.
He had no idea what to do.
God’s Bones, what are you thinking, you fool? You have a royal appointment you are leaving for soon! You do not need this complication!
Aye, his common sense screamed to him, that part of him that was professional and driven. He didn’t want to complicate something he’d worked very hard for. But as he looked at Brighton in the dim light, he began to realize that even if he were to leave her tomorrow, he would still think of her. He’d still have visions of a lady with enormous blue eyes and a rosebud mouth, a postulate who was half-Scots and half-Norse. A woman he’d sworn to protect yet a woman who had endeared herself to him very quickly. Too quickly, in fact. He had no idea how or why, but this woman was already under his skin and she didn’t even know it. She hadn’t even tried. Perhaps that’s why she was under his skin. It simply… happened.
… was it fate?
Patrick had always thought his fate was the halls of Westminster Palace, not a postulate from Coldingham. Everything he’d ever known, or ever expected, had been jolted by the lovely Lady Brighton. 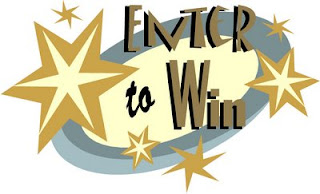 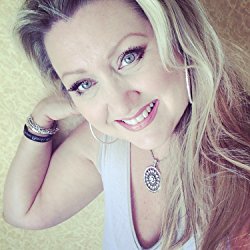 KATHRYN LE VEQUE is a USA TODAY Bestselling author, an Amazon All-Star author, and a #1 bestselling, award-winning, multi-published author in Medieval Historical Romance and Historical Fiction. She has been featured in the NEW YORK TIMES and on USA TODAY's HEA blog. In March 2015, Kathryn was the featured cover story for the March issue of InD'Tale Magazine, the premier Indie author magazine. She is also quintuple nominee (a record!) for the prestigious RONE awards for 2016.

Kathryn's Medieval Romance novels have been called 'detailed', 'highly romantic', and 'character-rich'. She crafts great adventures of love, battles, passion, and romance in the High Middle Ages. More than that, she writes for both women AND men - an unusual crossover for a romance author - and Kathryn has many male readers who enjoy her stories because of the male perspective, the action, and the adventure.