Coop the Great by Larry Verstraete

Coop is an aging, cynical, down-and-out dachshund who faces the ultimate test when his new owner, Mike, and Mike’s grandchildren, Zach and Emma, run into trouble.
Mike rescued him, but does Coop have what it takes to do the same? 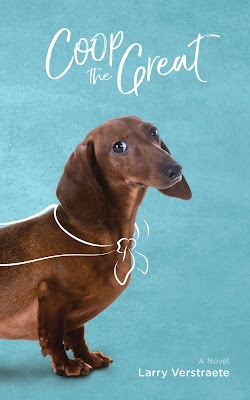 Coop the Great by Larry Verstraete

Drawing strength from the stories about great dogs that Mike shares with him, Coop charts a dangerous journey to save his new family.


He reached for the book on the night table. “Maybe we should read something.” Mike held the book up for me to see. “The book is called Everything Dogs. Now let’s see…”
He flipped through the pages. “Ah, here’s something that might interest you. It’s from a chapter called Special Dogs.”
He lowered the book and glanced at me. “You’re special, aren’t you, Coop?”
People have called me ‘special’ before. Not that I have humans all figured out, but usually ‘special’ meant that I was less than normal. A misfit of some kind. But the way Mike said ‘special,’ I wondered if he meant something else.
“Let’s begin.” Mike adjusted his reading glasses, leaned into the light to see better, and started. “On September 11, 2001…

I will not mislead you. This book is sad. It will tug at your heartstrings.


Do not let that stop you from reading Coop's story.
When all is said and done, you will feel better for having experienced it.

Coop is an older dog. In a way he has lived many lifetimes. He doesn't understand why he has been passed from family to family. At the point we meet him, he considers the other dogs at the shelter to be his family. And then he meets Mike.Mike is also older. He has experienced loss in life. Presently there is also a "situation" that weighs heavily on his mind. In some ways he and Coop are a good match, in others, not as well. I think each reader will form their own opinion in that regard.There are many messages in this book. It is a story of acceptance, of growth and bravery, of trust, and of usefulness, regardless of age or stature.Your emotions will be tested.At the end, a feeling of hope remained. Of doing what is required in the moment and for those for whom you care. I don't want to give the story away but I am happy I took the time to read this book.

MY Opinion - Coop is beautiful. 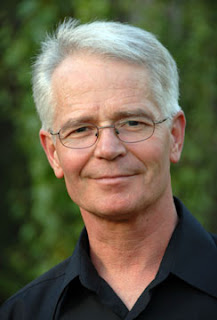 Larry Verstraete (B.Sc, M.Ed.) is a Winnipeg writer and educator. A teacher for 30 years, his experience ranges from teaching university courses to teaching at the senior and middle years levels in public school. An author of books for youngsters, Larry has also written for writer’s manuals, science textbooks, and educational journals, and has conducted sessions in science and writing for youngsters and adults around the country. His writing career began as an off-shoot of his teaching one, and here is his story.....

More excerpts and reviews can be found by following the tour