Eighteen-year-old Savanah Parry just moved three thousand miles across state to escape. The memories…the whispers…the pain.
Chastity Falls Academy is supposed to be her fresh start; her salvation. And when Ana meets mysterious Jackson, she begins to think it is. She hasn’t smiled in almost sixteen months; not since the night her life changed forever, and despite her guilt…her loyalty, Ana can’t deny that Jackson is breathing life back into her. With Jackson by her side, Ana wants to believe she can heal and move on. But she isn’t the only one living a lie, and the small private Academy has secrets of its own. All is not what it seems, and Ana is about to find herself in a tangled web of lies; fighting for survival, again.
Loyalties will be tested, lies will be told. Welcome to Chastity Falls.

Gardner's class was nothing compared to the torture of sitting so close to Jackson in Shakespeare. After his warning to stay away from him, I thought he might pick an alternative seat, but that didn't happen. Instead, he brushed straight passed me, dropped into his usual chair and acted as if nothing had happened. I had to fight back the urge to ask him why he had told me to stay away from me. I mean, it wasn't like we hung out. There had been coffee at the shifty sea front hut…once, and then the embarrassing sprained-ankle-in-the-storm incident. “Today, class, I want us to look at the character Iago…” Professor Shacks’ voice echoed around the small room. “Iago is the voice whispering in Othello’s ear, playing to Othello’s own paranoia and insecurities around his relationship with Desdemona. Of course, Othello trusts Iago implicitly, why wouldn’t he trust his long serving friend and lieutenant? A fact that Iago uses to his own advantage…” Jackson shuffled next to me, and then quickly dropped a white note onto my desk. What now? I sighed, feeling frustrated at his mixed signals. How’s the ankle? Okay thanks I balled up the note and tossed it onto his desk, watching him through the corner of my eye. A slight smirk played on his lips, and it was obvious he was aware I was pissed at him. He started scribbling a reply, which landed in front of me seconds later. I’ve heard coffee (or a banana shake) can work wonders for a sprained ankle… healing properties or something. I scowled at his slightly scruffy handwriting wondering what game he was trying to play with me. Thanks. I’ll make sure I have a banana shake before bed Feeling pleased with myself, I held out the note for him and he plucked it out of my hand, silently laughing when his eyes scanned the words. How about a shake before bed… with me? My eyes blinked. And blinked again, feeling the heat of embarrassment wash over my face. Was he flirting with me? I felt thirteen all over again. Mikey Crand used to send me love notes in Biology and me and my friend Lacey would giggle over them. Feeling brave, I handed him my reply. Are you inviting me for a shake? Or to bed? Jackson’s eyes widened and he shuffled slightly in his seat. Take that mister confusing, I thought, pleased with myself. Are you saying yes? I inwardly groaned. Jackson: one, Ana: zero. I couldn’t keep this up without drifting into territory that terrified me. Jackson was the first guy—the only guy—that made me smile… made my stomach flutter… made me feel anything since Danny. It wasn’t the plan, not what I ran to CFA to find, but somehow I had found it. Found something—someone—that made me feel again. Was that enough to try and get to the bottom of whatever was going on with Jackson? Of why he had warned me to stay away? To the shake… maybe Meet me round back five minutes after class I was heading for a one-way trip into purgatory, because as I discreetly watched Jackson out the corner of my eye I knew. Knew there would be no way I could walk away. Right or wrong, sensible or stupid, he had awoken a part of me that I thought I would never find again…and I couldn’t just give that up. Not for all the warnings in the world.

Ninety-minutes later, I was sitting in Black’s suffering some kind of post-Jackson whiplash. “I’m surprised you asked me for coffee again.” I slurped up the thick banana shake. Jackson watched me, his eyes were more the color of the bluey-green ocean today, than their usual shade. “Actually, I invited you for a shake.” He quipped back. I tried broaching the subject during the ride to Black’s, but he just shrugged me off, talking about the weather. The freaking weather. I was done with his evasion techniques. “After you warned me to stay away from you the other night?” He placed his mug back on its plate and sighed. I watched, captivated, as he ran his hand through his messy dark hair, the longer strands falling back into place, a five ‘o’clock shadow cloaking his jaw. “About that… I may have been a little hasty.” “Hasty?” “See the thing is…” His eyes held mine, smoldering at me, pleading with me. “I’m not sure I can stay away from you.” My lips moved to say something but nothing came out. Jackson watched me intently and I gulped. It felt like he was willing me to agree, to accept that there was a reason we should stay away from each other, but to ignore it. And I got the feeling it was a no questions asked kind of arrangement. “It’d be better for you… for us, if you stay away from me, Ana. But I don’t want you to. I’m too selfish to walk away.” “But-” Jackson cut me off. “No questions. That’s the deal. We spend time together, get to know each other, but you can’t ask any of the questions I know you have swimming round in that pretty little head of yours.” “Okay, but-” His hand found mine across the booth, and his fingers grazed my knuckles. “No questions. That’s just the way it has to be for now.” I nodded. Unsure what I was agreeing to. “You won’t regret it Ana Parry, I promise.” 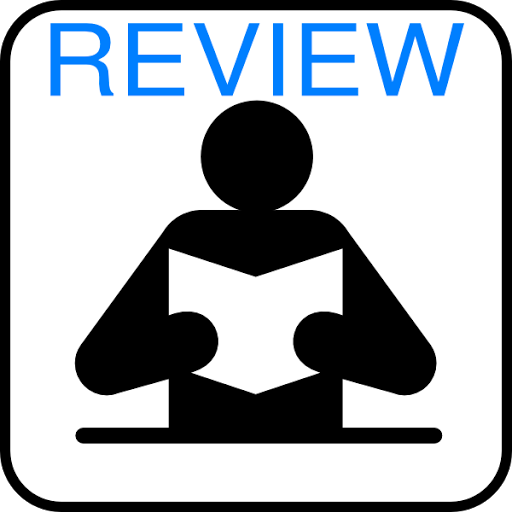 Anyone who has ever moved away from home, whether to go to college or to start a new life, will appreciate all the emotions generated in this novel. You have to keep reading to discover and put together all of the clues.
This book is told from Ana's viewpoint.
I think the next book in this series will be from Pierce's point of view.

If you have lived any time at all in a small community, you understand that there are families that seem to wield more power and authority than others. Families others dare not go up against for fear of being more than hurt.
In Chastity Falls, there are the Donohues.
Braiden Donohue is a freshman at the college, so even if you did not grow up in the area, it doesn't take long to realize you don't cross him or get on his bad side. The former quarterback of the football team did not protest when suddenly he was now second string.

Savannah Parry is not from the area. She did not research anything about the college she had chosen except how far it was from her hometown. She had to start fresh where no one knew her or her history.
Fortunately for Ana, she is paired with the best roommate ever, Elena.
Ana wants to blend in, not stand out, stay towards the shadows. Elena wants to get as much from her college experience as she can.
As it turns out, Ana gets unwanted attention but is rescued. After that the secrets begin to multiply.
This novel will keep you turning pages and surprised by what happens next.

I found it suitable to ages from high school to adult.
The storyline is strong and the characters are well developed.

I did receive a copy as part of a blog tour.

Author of NA Contemporary Romance, L. A. Cotton loves writing about those first looks, first kisses, and happily ever afters. A wearer-of-many-hats, L.A juggles being a full-time mum to two little people with two part-time jobs and college. In her spare time (and when she’s not camped out in front of the laptop) you’ll most likely find her immersed in a book, escaping the chaos that is life. LA has two books currently self-published: Fate's Love and Love's Spark. Loyalty and Lies, is book one in her NA college series: Chastity Falls. You can connect with her at: www.lacotton.com www.facebook.com/authorlacotton www.twitter.com/authorlacotton www.amazon.com/author/lacotton