Besides her family, Lacey Robinson’s only other love is baseball.

She’s on top of the world when Arizona State University

approaches her to discuss a scholarship. To play for a college boys’

team is beyond what she has ever dreamed. Her fastball is

impeccable, her slider equally as good, and her curveball annihilates

anyone who dares to step in the batter’s box. But fate has its own

way of throwing curveballs. When she loses her mother and sister to

a home invasion, baseball and her dreams die with them. Tragedy

has a way of seeping deep into her psyche, causing nightmares,

Disorder, her psychiatrist recommends a change of scenery and picking up the things that she loved to

After a move clear across the country, only two things matter to Lacey—overcome her PTSD and make

Kensington High’s baseball team. But trying out for the team comes with complications—the captain,

Aaron Seever, doesn’t want a girl on the team.

Adding to her new life, she never counted on meeting someone who wants her as badly as Kade

Maxwell. The tall, sexy and drool-worthy bad boy has a magical touch that awakens her feminine side,

and a kiss that slowly erases her nightmares. But getting involved with him may be dangerous when

Kade’s arch-nemesis returns to town to settle a vendetta.

To complicate matters, her PTSD has taken a turn for the worse. She has to find a way to push away the

demons otherwise she may not have a chance at anything in life. 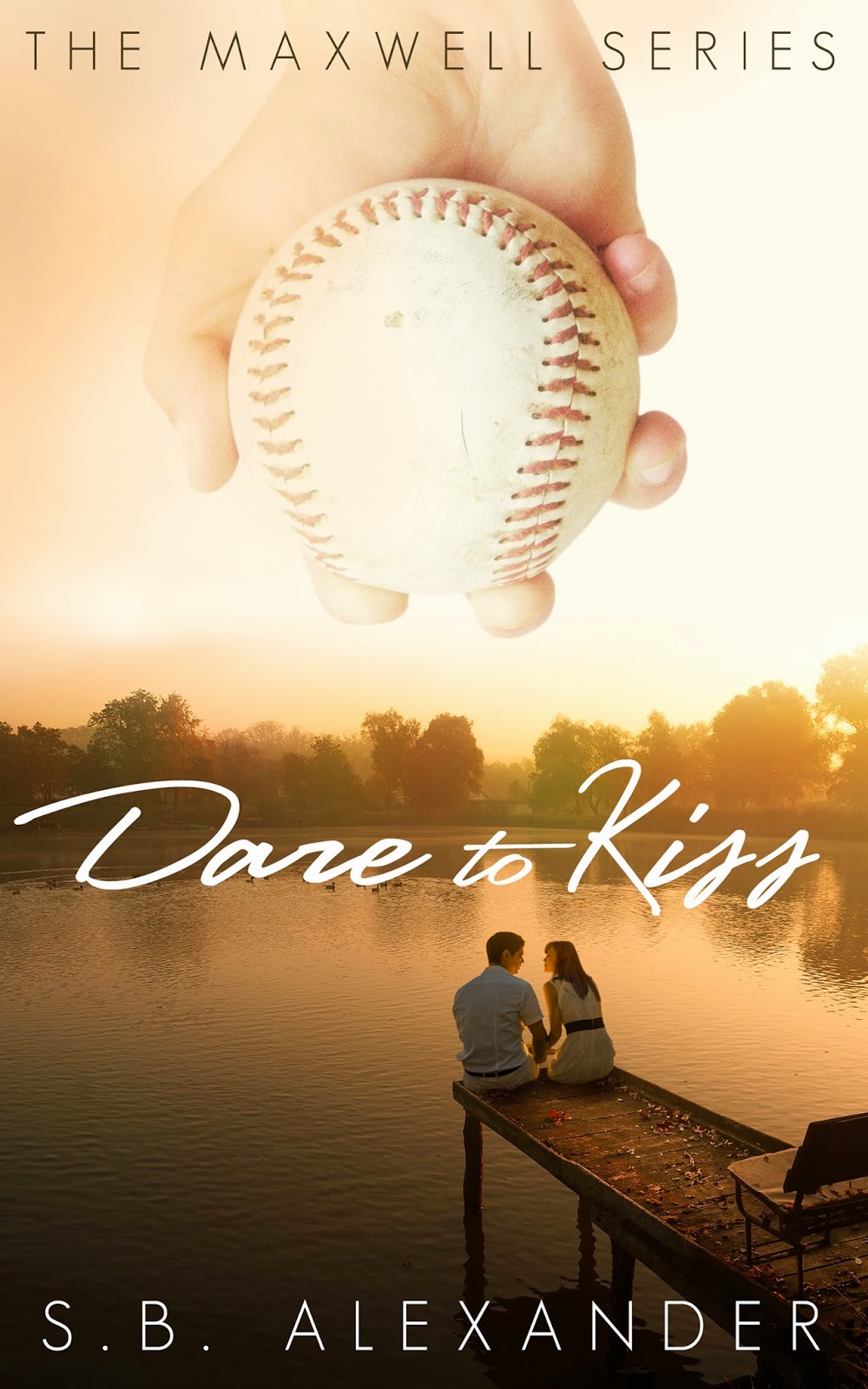 He grinned with his infamous Maxwell smirk as he cupped my face.

I had barely caught my breath when his mouth was on me. I opened to him as his tongue dipped inside,

twining with mine. He tasted like forever. I wiggled against his hardness, and he moaned. Abandoning

my mouth, he trailed his lips along my jaw, my ear, and my neck. He licked over my racing pulse while

the heat from his hands was scorching my back. His torment was too much, yet not enough. My clothes

grew constrictive. I wanted to feel his bare skin against mine.

As if he sensed my need, he lifted my sweater over my head, throwing it to the floor. His eyes were seas

of shimmering copper. The backs of his fingers ghosted up and over my abs to land on the clasp of my

bra. For perhaps one second he hesitated before unsnapping it. When he did, I sucked in a breath, my

nipples hardening. He removed one strap then the other before it fell behind me.

“Beautiful,” he breathed, as he traced the outline of my breasts, teasing, but never touching the sensitive

peaks that ached for his magical fingers or even his mouth.

I pressed my hips into him, feeling his arousal. Desire swirled down my belly in a slow, sinuous slide.

He groaned, deep and sensual. “Baby, tell me what you want.”

My body tingled. My brain went blank. “You.” All I wanted to do right now was feel him and

everything he had to offer.

His eyes widened with a savage intensity that frightened me, yet calmed me. He pressed a kiss to my

breast, gliding his warm mouth over my nipple before sucking on it. I arched into him, rubbing against

him. He moaned, giving my other breast the same attention.

I fisted my hands in his sweater, tugging it up. He eased back, raising his arms. I lifted his sweater and

T-shirt over his head before tossing it aside. My gaze wandered over him, drinking in every muscled

inch of him from the line of light brown hair that disappeared into his jeans, to the six-pack abs that

sculpted his midsection, to the tattoos on his chest.

Pushing his fingers through my hair, he brushed his lips over mine. “Are you sure, Lace?” His voice was

Spotlight on Shades of Rose    http://shadesofrosemedia.com/dare-to-kiss-by-s-b-alexander/

S. B. Alexander’s passion for writing began when she read her first Stephen King novel, The Shining.

Over the years she kept telling family and friends she was going to write a book. Fifteen years later, on

the advice of a friend, she sat down and wrote her first novel. One year later, she published two novels

with three more slotted for release. Her books are targeted toward the young adult and new adult

Her young adult series, Vampire SEALS, includes two books, On the Edge of Humanity, and On the

Edge of Eternity, which have garnered high praise from readers. Dare to Kiss is the first book in her new

enjoys playing golf, is moved by music and great stories, and will go out of her way to help people.

She currently works full time in Corporate America and writes any chance she gets. She believes words

are the key to opening the door to extraordinary places with amazing characters that tell a great story.