to see other blogs on this hop, please click here.

Age 20-something friends who have grown up in a town where
the dearly departed may not depart as far away as you'd think.
Add a snarky new witch to the mix,  and her hot
ghost chasing friend, and watch romance twist and turn.


video by M.C.V.Egan **UtopYA 2014 nominee for best debut novel and best paranormal book of the year.**

Eliza Monroe has been traveling the United States for three years, immersing herself in the towns she visits as she searches for the mother she’s never known. She hopes returning to her grandmother’s inn in Sage Springs, Mo., will provide the break she needs to evaluate her lonely life.
Friendships grow, webs are spun and lies are revealed before Eliza comes to terms with what she wants in life and learns what's really important.

Read my review: Paranormal romance with the feel of a cozy mystery

Ivy LaRue didn’t intend on being happy when she moved to Sage Springs, Mo., but that’s exactly what happened.
Casting spells, dodging love and forming friendships soon make this snarky witch realize life is much more interesting than she ever imagined it could be.

Read my review:  Cool as Ivy until WHAM 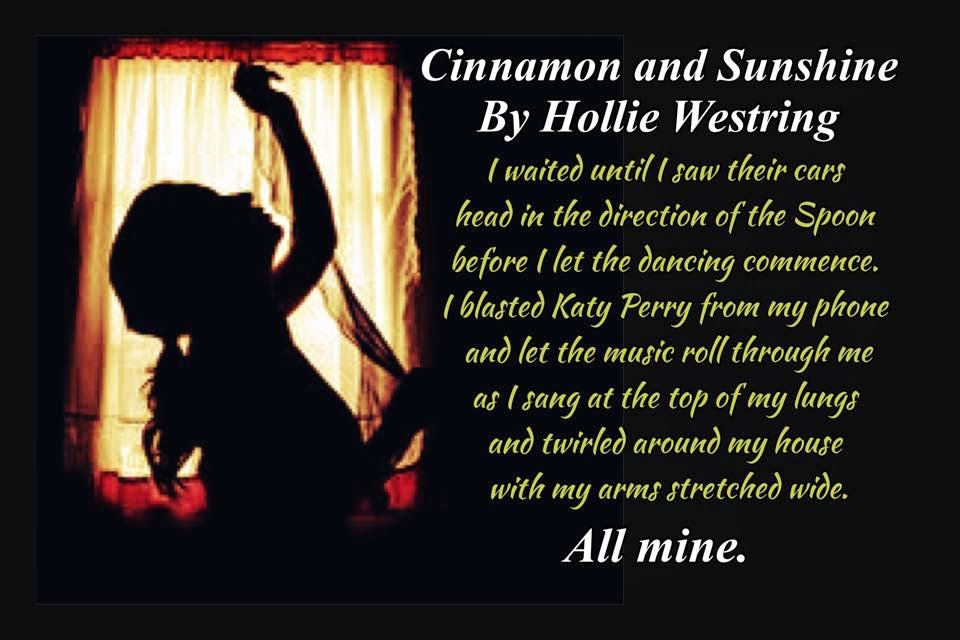 Lexi Alamont’s been looking for love for years. But living in the small town of Sage Springs, Mo., means the search has not been fruitful. Sure, there are ghosts galore in town, but the selection of living men isn’t anything to write home about.
When Cruz Drakov comes back into town to do some work for his paranormal TV show, Lexi’s called in to sweeten up the crew with her baked goods.
Lexi’s optimistic, sweet, and looking for the one who will make her heart whole.  Sometimes love is hiding in places you’d least expect. Just ask Lexi and Cruz.

Read my review:Mystery, Romance and FUN

Hollie Westring is from the Midwest. After a lifelong obsession with reading books, she decided to put fingertip to key and create her own stories. When not working, Hollie enjoys getting caught up in fictional worlds and baking. She'd much rather hear about you than talk about herself, so connect with Hollie here:www.holliewestring.comFacebook: Author Hollie WestringInstagram: HollieWestringTwitter: @HollieWestring 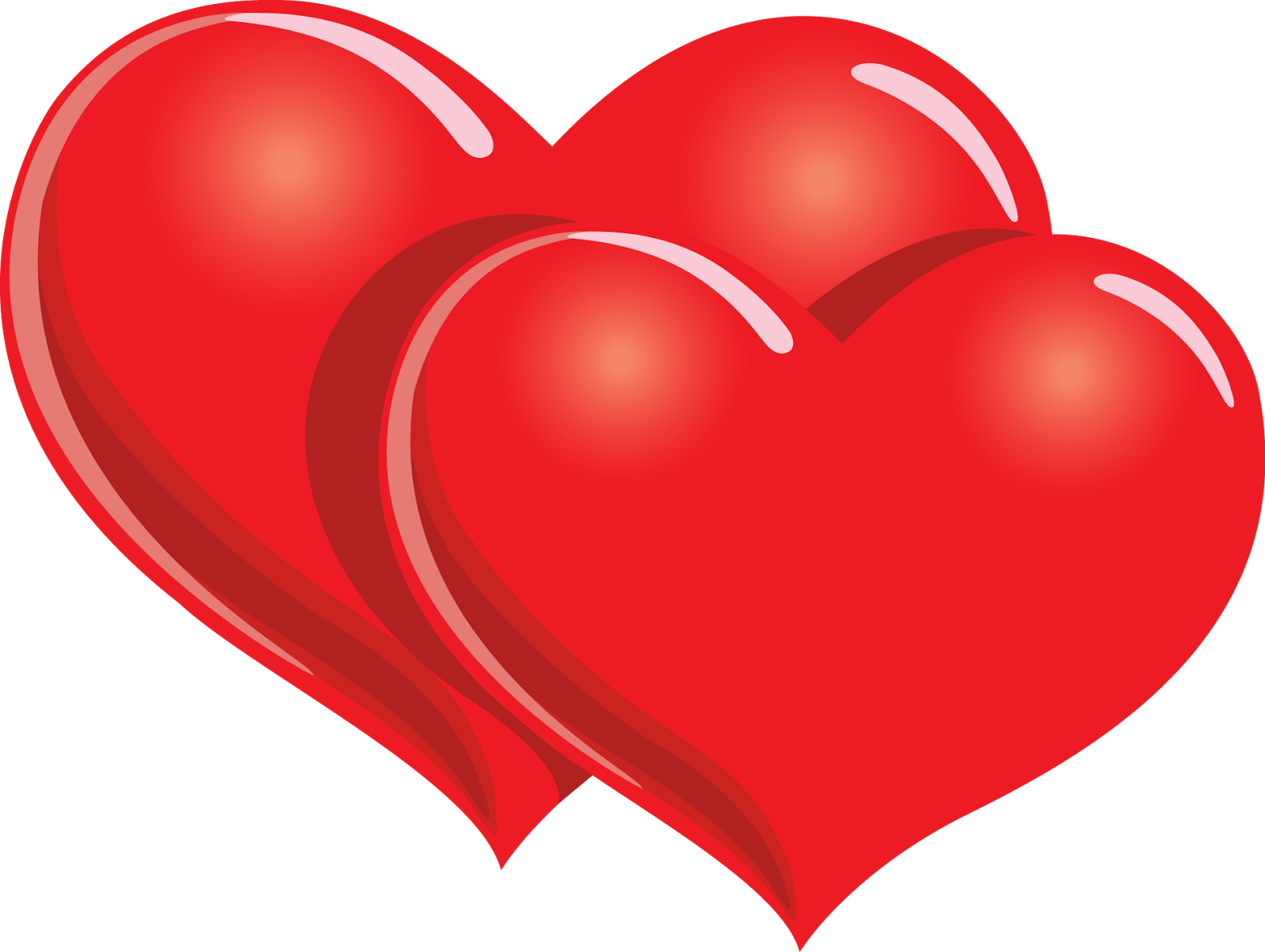 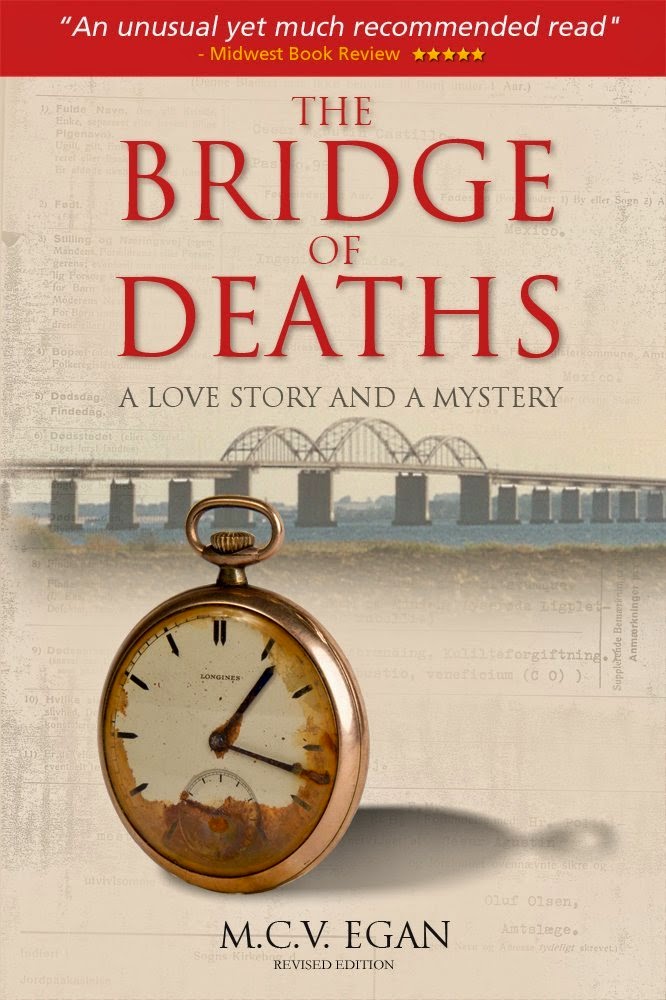 copies of Ms Egan's Book
The Bridge of Deaths

Contest is now closed but I still welcome new friends and followers.
Please grab your FREE ebook from Hollie Westring
and all all books featured to your wish lists.

Let me know in the comments

M.C.V. Egan is the pen name chosen by Maria Catalina Vergara Egan. Catalina was born in Mexico City, Mexico in 1959, the sixth of eight children, in a traditional Catholic family. From a very young age, she became obsessed with the story of her maternal grandfather, Cesar Agustin Castillo--mostly the story of how he died. She spent her childhood in Mexico. When her father became an employee of The World Bank in Washington D.C. in the early 1970s, she moved with her entire family to the United States. Catalina was already fluent in English, as she had spent one school year in the town of Pineville, Louisiana with her grandparents. There she won the English award, despite being the only one who had English as a second language in her class. In the D.C. suburbs she attended various private Catholic schools and graduated from Winston Churchill High School in Potomac, Maryland in 1977. She attended Montgomery Community College, where she changed majors every semester. She also studied in Lyons, France, at the Catholic University for two years. In 1981, due to an impulsive young marriage to a Viking (the Swedish kind, not the football player kind), Catalina moved to Sweden where she resided for five years and taught at a language school for Swedish, Danish, and Finnish businesspeople. She then returned to the USA, where she has lived ever since. She is fluent in Spanish, English, French and Swedish. Maria Catalina Vergara Egan is married and has one son who, together with their five-pound Chihuahua, makes her feel like a full-time mother. Although she would not call herself an astrologer she has taken many classes and taught a few beginner classes in the subject M.C.V. Egan's new series DEFINING WAYS uses Astrology and othe Metaphysical tools www.thebridgeofdeaths.com