The story is set in the Blue Ridge Mountains of North Carolina where
Detective James Raker meets up with an old high school classmate.
Their reunion, however, is interrupted by murder. 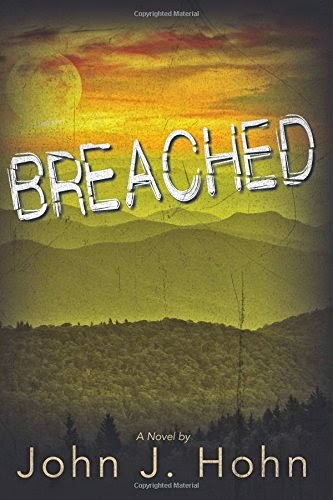 Gunned down is state dam inspector Norm Dennison who dies before he can prove to the
homeowners around Lake Hannah that Vernon Brost, a developer, has
launched an elaborate scheme to defraud them. The threat to Brost’s
plans does not go away with Dennison’s death, however, as Dennison’s
widow turns over the dead man’s files to Art Nichols, a Lake Hannah
resident and a friend of the retired detective, James Raker.

Thugs ransack Nichols’ home to recover the documents.
Not finding them, they decide to break into Raker’s home where they are surprised by Raker’s girl friend, Diane Welborn. Welborn is knocked unconscious and the house is set ablaze.
Together Nichols, a Viet Nam veteran, and Raker begin tracking
down the intruders. Welborn is hospitalized in serious condition.

While in a coma, she recalls her painful childhood, her unsuccessful first marriage
and her struggles to find fulfillment after her divorce. Raker’s concern for
her injuries drives him in his pursuit of her attackers.

Breached is a fast-paced realistic literary mystery with a sharp focus on character development.

“Any priors?”
“He’s been picked up several times. Drunk and disorderly. Simple assault. Domestic stuff. He was charged with grand theft auto, but was acquitted. He’s clever. Nothing’s ever stuck.”

“What else did the search turn up?” Raker asked.
“A 308 with a high powered scope. He was in the army. Qualified for sniper training, but washed out.” The sheriff stood. “We can go back to the monitor room.”
Raker followed the sheriff around to the monitor. Two smaller wide-screen digital monitors were set up on a table with a recording machine. Interrogations were video recorded and water-marked so they could not be edited or changed. Raker sat down in front of one of the monitors.

Turcotte was sullen. The officer conducting the interrogation had asked several questions, but Turcotte either remained mute or responded he did not know. His attorney was present. When the sheriff entered the viewing room, he signaled the officer the
proceedings were being observed. Then turning to Raker he said, “I told the deputy you’d be looking in when you arrived and you’d probably want to observe questioning related to the suspect’s work at the Southern World plant.” The two men took their seats in front of the monitors outside of the interrogation room.

Please join us as we celebrate with a Facebook Event from March 2nd through March 8th.

I am a Midwesterner by birth. Yankton, South Dakota, is my hometown. I graduated
from high school there in 1957. After four years earning degree in English at St.
John’s University (MN), I became a teacher. My first wife, Elaine Finfrock, also of
Yankton, and I had five children; four sons and a daughter. We divorced in 1977.

In 1964, I joined The Travelers in Minneapolis, MN and began what turned out to be
a 40 year career in the financial services industry. During the that time, in addition
to The Travelers, I held positions with Blue Cross/Blue Shield of Minnesota, Wilson
Learning Corporation, and Wachovia Bank and Trust.
While at Wachovia, I served in many different positions, ending my tenure as a representative
of the trust department services in the greater New York City area.
I retired at the end of 2007 after 15 years as a Financial Advisor with Merrill Lynch serving
over 300 clients in the Winston-Salem, NC area.

In 1986, Melinda Folger McLeod and I were married and I gained a stepson, Matthew.
Currently, we divide our time each year between our cabin New West Jefferson, NC
and our cottage in Southport, NC near the Cape Fear River.
I enjoy golf, music, and reading history. Since my retiring I have focused on my writing, an
avocation throughout my life. In 2010, I completed my first novel, Deadly Portfolio:

A Killing Hedge Funds and the sequel, Breached was published August 2014.