ICING ON THE CORPSE Cozy Review 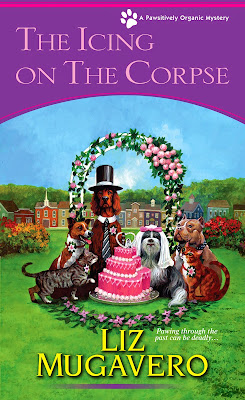 The Icing on the Corpse (A Pawsitively Organic Mystery)

Synopsis
Kristan “Stan” Connor is thrilled to be invited to the Groundhog Day festivities in quirky Frog Ledge, Connecticut. Her organic, home-baked pet treats are a big hit at the annual celebration, though an important guest is curiously absent . . .
When Helga Oliver, the town’s elderly historian, is found crumpled in the basement of the Historical Museum, the close-knit town is devastated. But after some tenacious digging, Stan discovers Helga was pushed down the stairs–and that this picture-perfect New England town may hide some dark secrets . . .
Stan’s dogged determination reveals Helga’s ties to an unsolved death in 1948 . . . but how does that connect to Adrian Fox, who’s just arrived in town to shoot an episode of Celebrity Ghost Hunters? Stan is going to have to be very careful in chasing down the killer–if she wants to live to see another winter . . . 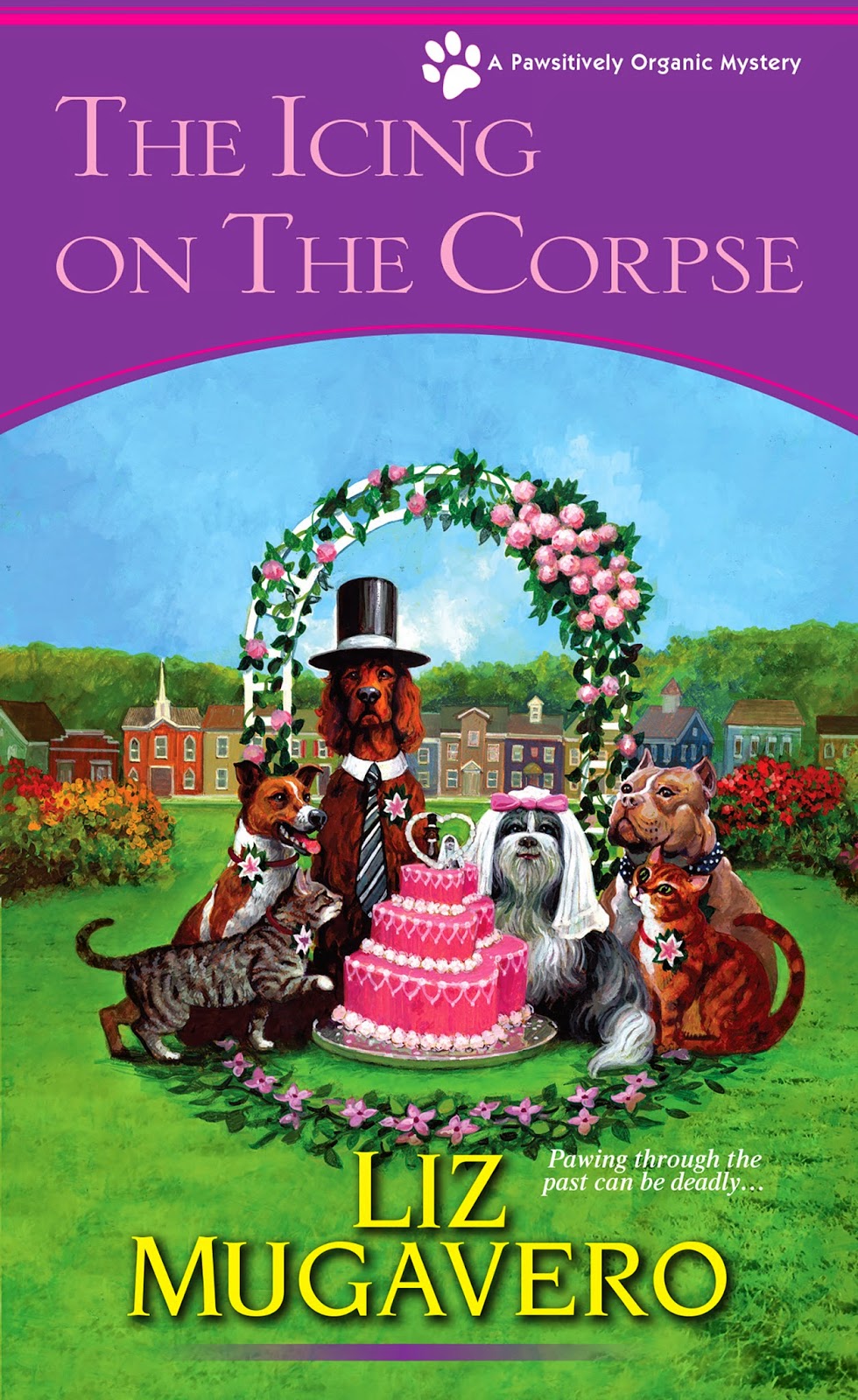 I believe I would have enjoyed it more if I had read previous books in the series but it does well as a stand alone.The story begins on Groundhog's Day, February second, in Frog Ledge, a quirky small town, where if you were not born there, no number of years qualifies you to qualify as a true resident. Stan is a transplant of less than a year, but she is dating Jake, who has deep roots in the area. Before the groundhog (Lilypad) even has a chance to poke her head out and make her prognostication, the town historian is missing. Her daughter, Sarah, with psychic powers feels something is terribly wrong.Throw in a town full of characters that all have secrets, Stan's uptown Manhattan mother, who has an infatuation with Frog Ledge's mayor, who himself is none too popular, the cast of a popular tv ghost chasing show, and a side job for Stan as a reporter for the local newspaper, how will she ever find time to bake organic pet treats for the animal hospital open house and organize a canine wedding? Plus keep her man happy.There are several mysteries and storylines going on that twist and turn into each other.Enough to keep you guessing for days.


Liz Mugavero is a corporate communications consultant and animal lover from the Boston area, whose canine and feline rescues demand the best organic food and treats around. Her short stories have been published in the UK and Australia, and her essays have appeared in national publications Skirt! and Sassee Magazine for Women.
Author Links
http://www.lizmugavero.com; https://twitter.com/lizmugavero;
http://www.goodreads.com/author/show/6475412.Liz_Mugavero;
https://www.facebook.com/pages/Liz-Mugavero/329291780446231;