Gyan is a Caledonian chieftainess by birth, a warrior and leader of warriors by training, and she is betrothed to Urien, a son of her clan’s deadliest enemy, by right of Arthur the Pendragon’s  conquest of her people. For the sake of peace, Gyan is willing to sacrifice everything...perhaps  even her very life, if her foreboding about Urien proves true.

Roman by his father, Brytoni by his mother, and denied hereditary rulership of his mother's clan because of his mixed blood, Arthur has followed his father's path to become Dux Britanniarum, the Pendragon: supreme commander of the northern Brytoni army. The Caledonians, Scots, Saxons, and Angles keep him too busy to dwell upon his loneliness...most of the time.

When Gyan and Arthur meet, each recognize within the other their soul’s mate.
The treaty has  preserved Gyan’s ancient right to marry any man, providing he is a Brytoni nobleman—but Arthur does not qualify. And the ambitious Urien, Arthur’s greatest political rival, shall not be so easily denied.
If Gyan and Arthur cannot prevent Urien from plunging the Caledonians and Brytons back into war, their love will be doomed to remain unfulfilled forever.
But there is an even greater threat looming.

The Laird of the Scots wants their land and will kill all who stand in his way. Gyan, Arthur, and Urien must unite to defeat this merciless enemy who threatens everyone they hold dear. 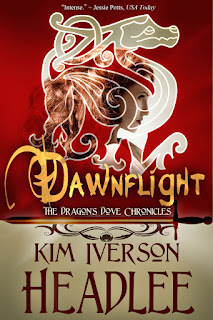 “I am a warrior! Not a fledgling priest to sit and listen to some mumbling old mage all day. You cannot make me go to this place if I do not wish it.” The defeat in his eyes affirmed the truth of her statement. “And I do not wish it.”

Her father sighed. “I’d hoped you would see the wisdom in this.
The advantages it could bring you. And through you, our clan.”

“Ha. What can those Breatanaich teach me that I can’t learn here?”

“Ròmanaiche, first.” His open, upraised hand forestalled her reply.
“So you can study Ròmanach battle tactics.”

Gyan felt her eyebrows quirk upward. A chance to learn from the army that had tried to destroy her people more than once across the span of generations, most recently at Abar-Gleann…to prevent such a thing from ever happening again. If she could somehow bring this to pass, her name would be hailed in the songs of the clan seannachaidhean forever! Her lips drew back in a slow, proud smile.

For readers of fantasy, historical fiction and romance, action, drama and lovers of Arthurian Literature, get drawn into the time and world created by Master Wordsmyth Kim Iverson Headlee.
Hauntingly beautiful lyric language flows across the pages and between war-thirsty clans in this magnificent refashioning of a much retold classic legend.
Kim takes us back to times when women were possessions, currency, bargaining chips used to solidify treaties between peoples.
Beauty and manners have their place, but Gyanhumara is a fully trained warrier chieftainess. She is strong of body and mind, and once she meets Arthur the Pentagon, also of determination to be his alone.
There is a pesky detail of a marriage contract with the son of the leader of Gyan's clan's fiercest rival. Add to that times she must face battle beside BOTH men, and the political agendas expressed,
Barriers of languages, distance and hazardous, slow travel, customs, beliefs, religions must all be dealt with. This is an amazing blend of researched historical fact with realistic fictional imagining.
Kim Iverson Headlee takes this legend in a new direction sure to become a classic.

Kim Headlee lives on a farm in southwestern Virginia with her family, cats, goats, Great
Pyrenees goat guards, and assorted wildlife. People and creatures come and go, but the cave
and the 250-year-old house ruins—the latter having been occupied as recently as the mid-
twentieth century—seem to be sticking around for a while yet.

Kim is a Seattle native and a direct descendent of twentieth-century Russian nobility.
Her grandmother was a childhood friend of the doomed Grand Duchess Anastasia, and the romantic yet tragic story of how Lydia escaped Communist Russia with the aid of her American husband will most certainly one day fuel one of Kim’s novels. Another novel in the queue will involve her husband’s ancestor, the seventh-century proto-Viking king of the Swedish colony in Russia.

For the time being, however, Kim has plenty of work to do in creating her projected 8-book
Arthurian series, The Dragon’s Dove Chronicles, and other novels under her imprint, Pendragon Cove Press. She has been a published novelist since 1999, beginning with the original edition of Dawnflight (Sonnet Books, Simon & Schuster, ISBN 0671020412).