I aplogize for not posting every day. I have been enjoying reading witchy literature and fairy retellings.  I was especially pleased to find books from lesser known and recent authors. 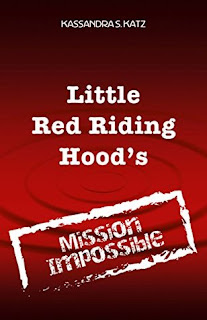 https://www.goodreads.com/author/show/7074587.Kassandra_S_Katz
Little Red Riding Hood’s life is miserable, her name is a disgrace, and she sees no way to escape her fate. She toils from dawn to dusk on her father’s farm. Her mother is in prison. When Little Red Riding Hood meets the wolf Raphael, her life is turned upside down as she gets swept up in the struggle against the evil Queen.

Little Red Riding Hood's MISSION IMPOSSIBLE is NOT your grandmothers Fairy Tale.
The big bad wolf is working for the good side, Snow White's rebel army.
This retelling will be enjoyed by those who appreciate the fight of good against evil, the smaller band who believe in their cause versus the larger force following orders thinking they have no choice. And anyone who enjoys werewolves (even though there are NONE in this telling) or the TV show Once Upon A Time. 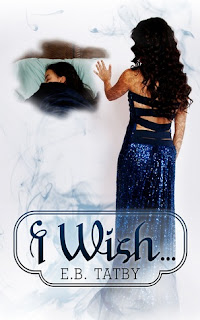 All her life, sixteen-year-old Kenza Atlas has heard the stories, but she never believed them. She never expected the allure of power or, worse, how far the dark shadows could cast. Genies and wishing are for fairy tales, not teenage girls, and especially not in Omaha. But when a Moroccan jinn with undulating tattoos and mysterious black eyes whisks her 500 years back in time, she witnesses the death of her powerful ancestor and the gorgeous slave she loved. They sacrificed themselves to escape the Caliph, a tyrant named Mazin. And now he’s after Kenza. He’s tracked her to her present time. Now she spends her days stealing paranoid glances over her shoulder, obsessing over a slave who died hundreds of years ago, and praying her family will survive.

This first book of the series introduces us to Kenza Atlas and her Moroccan heritage mixed with Midwestern sensibility. Filled with Morroccan lore and teenage angst.

I was given both of these books by the authors to read and review.
Posted by Laura S Reading at 8:18 AM