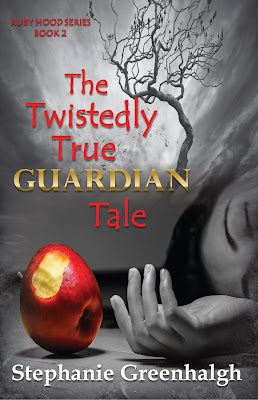 In the small town of Woodsville, Ruby Hood is settling into her role as Guardian of the Wood. In the blink of an eye, her monumental high school graduation comes and goes without her attendance. There are too many other things on her mind.Her mom, Christine Wood, has just returned from caring for Ruby's ill grandmother. Kent Wolf finally gets released from the hospital and Kayla Wolf is desperate to make amends, while Dylan Hunter works to hone his Huntsman skills. Everything seems like it’s going to work itself out, until Ivy Snow shows up on Ruby’s front porch with an RV filled with seven dwarfs.As a new darkness casts a shadow over Woodsville, Ruby is unsure where to turn when turmoil erupts in the Wood, and finds herself aligned with an unusual cast of characters. As Guardian of the Wood, Ruby worries that she can’t save everyone, but what if she is the one who needs saving?This is the second book in the Ruby Hood Series by Stephanie Greenhalgh.


Previous Book in the Series (click on image for Goodreads link): 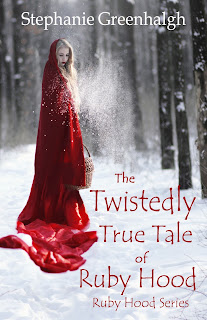 A born and raised Midwestern girl, Stephanie Greenhalgh currently resides in Las Vegas. As an avid reader and writer, literature and learning have always been more of a passion than a hobby. This two time UNLV graduate spends her days teaching elementary school and her weekends and summers writing stories. The first book in her Ruby Hood series debuted in 2013, and the sequel,The Twistedly True Guardian Tale, will release in summer 2015. Stephanie also has four published short stories and a self published novella, If the Silver Slippers Fit. In her free time, she enjoys spending time with her family, friends and lovable Labrador retrievers.
Author Links: