Escape from the Past – The Duke’s Wrath By Annette Oppenlander

Escape from the Past – The Duke’s Wrath
By Annette Oppenlander
Genre: Young Adult Historical Fiction – Medieval 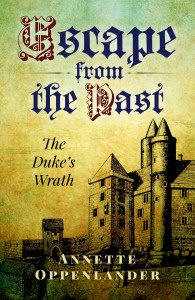 When fifteen-year-old nerd and gamer Max Anderson thinks he's sneaking a preview of an unpublished computer game, he doesn't realize that 1) He's been chosen as a beta, an experimental test player. 2) He’s playing the ultimate history game, transporting him into the actual past: anywhere and anytime. And 3) Survival is optional: to return home he must decipher the game's rules and complete its missions—if he lives long enough. To fail means to stay in the past—forever. Now Max is trapped in medieval Germany, unprepared and clueless. It is 1471 and he quickly learns that being an outcast may cost him his head. Especially after rescuing a beautiful peasant girl from a deadly infection and thus provoking sinister wannabe Duke Ott. Overnight he is dragged into a hornets' nest of feuding lords who will stop at nothing to bring down the conjuring stranger in their midst. 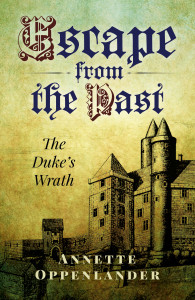 I was fortunate and happy to read Game of Life...An Introduction by Annette Oppenlander just before beginning this first full book of the Escape From The Past series. It really set the scene and tone for understanding and enjoying this entertaining read.

At first I found it a bit difficult to believe that a sixteen year old boy who prefers gaming to other activities knew as much history and natural medicine as he did, but the book keeps the pace moving and I was able to suspend that disbelief. Maybe it will even encourage readers of the same age group to pay more attention to their studies. You never know when and where that knowledge could come in handy.
There is  a scene near the beginning of the book that is difficult to read, as it details graphic physical harm, but considering the death and destruction of many video games, it pales in comparison.
The historical aspects of the book were easy to follow and I felt described life believably. There were details that one does not often consider, such as water quality and unusual fare.

Not all my questions were answered so I look forward to reading the next books in this series.
I was given this book in exchange for an unbiased, honest review. 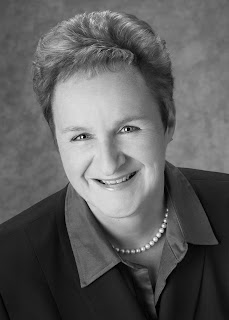 Annette Oppenlander writes historical fiction for young adults and anyone who loves stories set in the past. When she isn’t in front of her computer, she shares her knowledge through writing workshops and indulges her old mutt, Mocha. In her spare time she travels around the U.S. and Europe to discover amazing histories. The mother of three ‘former’ teens, Annette lives with her husband in Bloomington, Ind.