Book Blast Unexpected: Short Stories from Around the World by P. F Citizen One 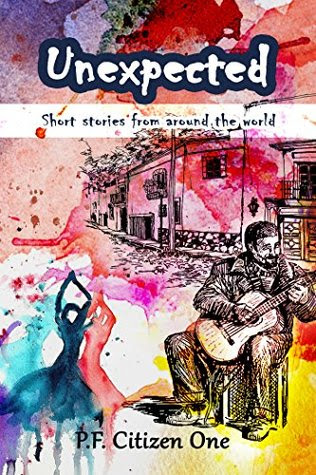 Unexpected is a collection of true life short stories inspired by the author's travels around the world and the people he has met. The book features seven thought-provoking, humorous and engaging stories that end with the most unlikely twist.
In one of the stories, The Wedding Contract, the author tells the story of a man who was forced to sign a pre-nuptial agreement simply because his wife was wealthy and he was considered poor. As time went on, fortunes changed and the man became far wealthier than his wife. His wife and friends dreaded the worst from him because of his new financial position but what he did next was shocking.

Julie’s parents were concerned. Julie was a single child from a pretty wealthy family with many properties and stores. So, her parents, her family, and her friends convinced her to protect herself by writing a prenup agreement. Should they get divorced, Julie would keep all her family’s belongings. All her entourage pressured her so much that Julie finally arrived at the idea that it was necessary to sign a prenup.
Jean-Pierre didn’t accept it at first, but in the end, he had no choice: Was it worth losing the woman he considered to be his soulmate?
Jean-Pierre and Julie finally got married and had two gorgeous daughters. But Jean-Pierre was still a little bit sad. After all, if they insisted on a contract, it was because her family didn’t completely trust him.
Jean-Pierre had been writing for a few years, and he had written many books. He was also working as a French teacher to get some additional revenue. However, he decided to stop writing to become a full-time teacher and contribute more to the family expenses.
He threw himself into his work as a teacher. One day, as Julie was watching television, she saw that the press was looking for the anonymous author of three books. From their description of the writing, she immediately recognized her husband’s style. After he was identified as the author of these books, he was given royalties for the book sales.
Jean-Pierre soon became very rich and famous, so much so that Julie (and, indeed, the press) was now waiting for the day when Jean-Pierre would cheat on her. She expected that he would eventually divorce her to marry another girl—probably an actress or a model or simply a younger woman. He was now famous and powerful, far richer than his wife and her entire family.
Rumors of cheating grew more and more persistent. The rumors said that Jean-Pierre would ask for a divorce and that he was getting ready for another wedding.
During a press conference, Jean-Pierre was asked about the rumors. He answered that he would act like a man and not hide anything anymore. In front of everyone, he told his wife:
“Honey, since the very first time I met you, I loved you more than I loved any other woman. Then, we got married and had two wonderful girls. I love them so much Over the years, I always thought about…that prenuptial agreement I had to sign because I was poor. Today, I am very rich… I am sorry, honey, but I am announcing... 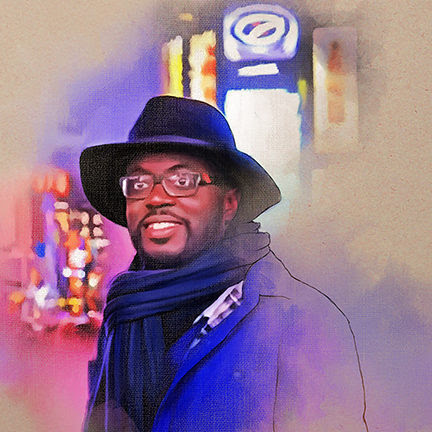 P.F. Citizen One is a writer. He works as a petroleum engineer, which requires a lot of traveling to different countries, and he uses the situations and varied people he has come across as an inspiration for his great love of writing. His interest in travel has meant that he has picked up some useful languages along the way, and he is now fluent in English, French, Portuguese, Spanish and German, allowing him to go just about anywhere and still be understood. Most of the time. He lists his great fear as ''being stranded alone on a desert island'' and, as a result, he avoids traveling by boat whenever he can.
P.F. Citizen One’s new book, Unexpected, was published on October 7th and is a book of short stories, inspired by his travels throughout the world and the people he has met.
Catch Up With P.F. Citizen One on his Website & on Facebook!

In February Unexpected: Short Stories from Around the World will be featured in a virtual book tour. Visit the sites below for great features, reviews, and giveaways!