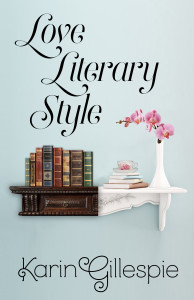 They say opposites attract, and what could be more opposite than a stuffy literary writer falling in love with a self-published romance writer?
Meet novelist Aaron Mite. He lives in a flea-infested rented alcove, and his girlfriend Emma, a combative bookstore owner, has just dumped him. He meets Laurie Lee at a writers’ colony and mistakenly believes her to be a renowned writer of important fiction. When he discovers she’s a self-published romance author, he’s already fallen in love with her.
Aaron thinks genre fiction is an affront to the fiction-writing craft. He likes to quotes the essayist, Arthur Krystal who claims literary fiction “melts the frozen sea inside of us.” Ironically Aaron doesn’t seem to realize that, despite his lofty literary aspirations, he’s emotionally frozen, due, in part, to a childhood tragedy. The vivacious Laurie, lover of flamingo-patterned attire and all things hot pink, is the one person who might be capable of melting him. In the tradition of the Rosie Project, Love Literary Style is a sparkling romantic comedy which pokes fun at the divide between so-called low and high brow fiction. 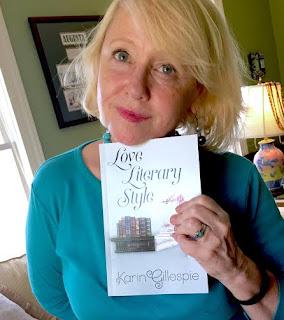 Karin Gillespie is the national-bestselling novelist and has also written for the New York Times,Washington Post and Writer Magazine. She has an MFA from Converse College and lives in Augusta, Georgia and was recently awarded a Georgia Author of the Year award.  Visit her on her web site, her FB page or on Twitter. She is also on Good Reads. A book excerpt can be found here.
Purchase Links
Amazon – B&N