Doodletopia: Fairies: Draw, Design, and Color Your Own Super-Magical and Beautiful Fairies by Christopher Hart 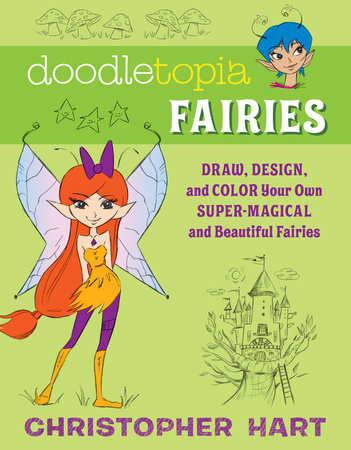 Doodletopia: Fairies: Draw, Design, and Color Your Own Super-Magical and Beautiful Fairies by Christopher Hart

Do you have a budding artist in your family?
Is your inner child fascinated with fairies and fae?
Are you afraid you do not have any drawing talent?

Pick up this wonderful book by Christopher Hart and have fun while you learn and find those hidden talents.
There was so much more in this book than I was expecting! The very beginning inspires anyone to draw a fairy,with words and examples. Hold your tiara for a few bad puns and one liners!I appreciated all the extras about why a certain expression or turn of the mouth or wings would get the response it does and set the tone. This is a totally non-intimidating book.As we go further into action scenes and dwellings, the drawing is more involved but the whimsical tone keeps reading it enjoyable, even when I wasn't as pleased with my drawing results.I will spend more time creating the basic head and cap first before I try to build my fairy orchestra. I love it! "I received this book from Blogging for Books for this review."

About the Author (as provided by Goodreads) 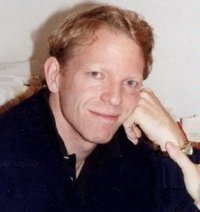 I started drawing character designs for a small animation studio in San Diego, California, when I was still in High School in Los Angeles. I used to drive 136 miles, each way, on the weekends, when I was 16, just for the opportunity to get paid to draw. Cartooning was a magical experience to me.I graduated from High School, and attended the character animation program at the California Institute of the Arts in Valencia, California. At Cal-Arts, we had to do a lot of intense animation, which I found tedious. I was more interested in character design, and story, rather than drawing twelve poses to create one second of movement. It wasn't for me.So I left and enrolled in, and graduating from, New York University. The social scene at Valencia consisted of a sandwich shop, where you could buy a magazine, if you got there early enough. New York city had slightly more to offer.After I graduated, I worked as a staff writer on several NBC prime-time, comedy-variety television shows. I also wrote for 20th Century Fox, MGM-Pathe', The Showtime Cable TV Network and Paramount Pictures. But then the Writer's Guild went on strike. Writers in Hollywood weren't allowed to work for TV or the screen. So I went back to my cartooning roots. And I began writing for the Blondie comic strip, and began contributing regularly to Mad Magazine, and did some cartooning for magazines.My cartoon work got noticed by Watson-Guptill, a premier publisher of art books. They asked me to do a book for them on drawing cartoons. They had never done that before. The result was 'How to Draw Cartoons for Comic Strips,' and it sold briskly. They asked me to do another, and then another. Well, I've sold over 3 million books domestically since then, have 19 translations, and I'm still at it.My book, 'Manga Mania: How to Draw Japanese Comics,' quickly became the number one selling art book in the country (source: Bookscan). It is also the winner of the prestigious New Jersey Library Association's Garden State Teen Book Award for 2004 in the category of nonfiction for grades 6-12.The Young Adult Library Services Association selected two of my books for their prestigious "2003 Quick Picks for Young Adults." Those titles are: "Anime Mania: How to Draw Characters for Japanese Animation" and "Mecha Mania: How to Draw the Battling Robots, Cool Spaceships, and Military Vehicles of Japanese Comics." my title, 'Manga Mania: How to Draw Japanese Comics,' was selected for 2002.The Young Adult Library Services Association (YALSA) chose my book, 'Drawing Faeries: A Believer's Guide,' for their 2004 'Popular Paperbacks for Young Adults' reading list. The 'Children of the New Earth' online magazine awarded the book its 'CNE seal of Excellence.'My book, "Manhwa Mania," which introduces Korean style comics to manga audiences, was chosen as a "Quick Pick for Relunctant Young Readers" by the American Library Association in 2006, ages 12-18.In 2004, I was asked by the Loew-Cornell Art Supply Company to develop a series of eight top-quality art kits, which would feature my manga, cartooning and comic drawings. The kits are now completed. They will be available, on Amazon, in fall, 2006.My work has also been been featured in such publications as American Artist, Newtype (the premier manga publication), Mad Magazine, Highlights for Children, Crayola Kids, Ranger Rick, Cat Fancy, Dog Fancy and Boy's Life. My tutorials have been featured on Animation World Network, one of the leading websites of the animation industry. I've also been a cover story on the industry trade magazine, "Publisher's Weekly."
Posted by Laura S Reading at 2:56 PM