There’s one role you don’t want a callback for: Prime Suspect. 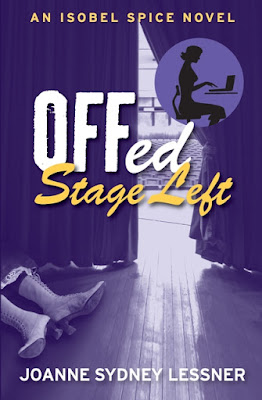 Aspiring actress Isobel Spice lands her first regional theater job, playing a supporting role and understudying the lead in Sousacal: The Life and Times of John Philip Sousa. A series of minor backstage accidents culminates in the suspicious death of the leading lady on opening night. When Isobel takes over the role, her mastery of the material makes her more suspect than savior, and she realizes the only way to clear her name is to discover the identity of the murderer—before he or she strikes again. 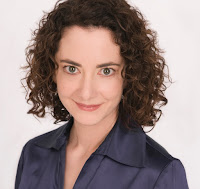 Writer, singer, and actor Joanne Sydney Lessner draws on her own experiences pursuing a performing career in New York City for her acclaimed Isobel Spice Mysteries: THE TEMPORARY DETECTIVE

, AND JUSTICE FOR SOME

.
With humor and a bit of romance, Isobel juggles auditions and temp jobs, solving murders along the way, while Joanne’s inside knowledge provides a window into the realities of breaking into show business (as well as a forum to share every humiliating audition experience she and her friends ever had.)
Joanne’s debut novel, PANDORA’S BOTTLE

, was inspired by the true story of the world’s most expensive bottle of wine and was named one of the top five books of 2010 by Paperback Dolls.
With her husband, composer/conductor Joshua Rosenblum, she has co-authored several musicals, including the cult hit FERMAT’S LAST TANGO and EINSTEIN’S DREAMS, based on the celebrated novel by Alan Lightman.
Her play, CRITICAL MASS, received its Off Broadway premiere in October 2010. Joanne is also a regular contributor to OPERA NEWS and a graduate of Yale University.