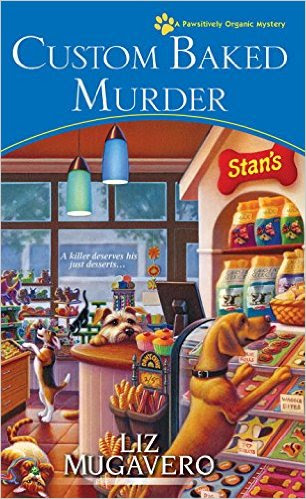 Kristan “Stan” Connor gladly turned tail on her high-flying job and moved to a quaint New England town to sell organic pet treats. But with her nose for solving murders, there’s no such thing as a quiet life…
Summer is winding down in Frog Ledge, Connecticut, but Stan’s love life and career are both heating up nicely. In between planning her new pet patisserie and café, Stan is settling into living-in-bliss with sexy pub owner Jake McGee. Love’s on the menu for Stan’s mom, Patricia, too, who’s engaged to Frog Ledge’s mayor, Tony Falco.
Mayor Falco’s dogged ambition isn’t popular among locals, but it’s his executive coach, Eleanor Chang, who’s inspired a dangerous grudge. When Eleanor is found dead, there’s a whole pack of suspects to choose from. Stan has first-hand experience of Eleanor’s unsavory business tactics. But finding out who forced her to take a fatal plunge off the corporate ladder means unearthing some shady secrets…and a killer who’s too close for comfort.
Includes Gourmet Pet Food Recipes!

Stan is dedicated to getting her new business up and ready for the grand opening but she recognizes the need to make time for her personal life. She can not miss her own mother's engagement party, even if it is not the type of function Stan would prefer. When her sister and niece show up on her doorstep, this becomes quite the family affair. Even boyfriend Jake's family is fully involved.
Totally unexpected, and adding to the stress of the event, is a sort of reunion of Stan's former coworkers, including an old boyfriend who is acting oddly. This is just a shadow of the under current of difficult topics covered in this book. It is to the author's credit how she deals with these topics while delivering a well rounded mystery.
The original discomfort of an overly formal event shifts to the worrisome stress of a murderer among the guests, most of whom have known each other for years.
Stan gets involved because even though she may not like the person of interest arrested, she has to uncover the truth. She wants to help others if t all possible. 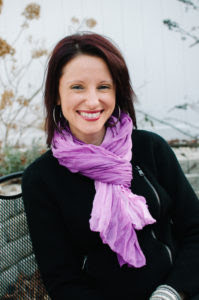 Liz Mugavero has been writing stories since she could hold a pen. Before that, she would tell them to anyone who would listen (not many at the time). After deciding early on she would write books for a living, she practiced by writing bad, angst-filled poems, short stories and even a storyline for a soap opera–all by age 15. She never wavered from her goals despite all the usual questions including, “So are you going to be an English teacher with that degree in English?” or, “That writing thing sounds nice, but how are you REALLY going to make a living?”
She went on to get a master’s in writing and publishing and spent time in journalism, PR, and presently, corporate communications. And she’s confident this writing thing IS the way to make a living.
Aside from writing, she loves animals (has a houseful), the beach, reading other writers’ masterpieces and Starbucks coffee.