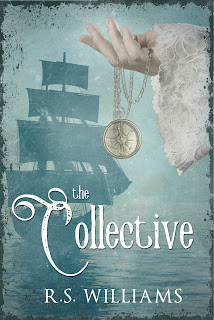 Matilda Peters never knew a world outside hers existed, that is until Harvey comes along and shows her something beyond her imagination. All that is on Tilly’s mind is finishing her dissertation, getting her degree, and spending time with her friends before the end of the school year.

But everything changes when she meets Gabby, an agent of a secret society, and nothing prepared either of them for the adventure they are about to endure. Under the pressures of surviving, their friendship grows and they find friends in the most unlikely of places, and betrayal just around the corner.

Will they both be able to stop him before he tears Gabby’s society to the ground?

Rhianne Williams, formally known as RS Williams, writes Fantasy, Adventure and Romance novels. As an avid reader Rhianne has always been in love with the written word and the emotions a good story can create.

Discovering she had a knack for creating stories as a teenager, she started work on her first story.
However, at 16 the mundane adult world called her back to an admin job and Rhianne put writing on the back burner until she turned 20.
Rediscovering her fascination with writing and creating Rhianne then threw herself back into her writing in 2014.

When she isn't catching plot bunnies, typing up her creations or writing on her blog, you'll find her in front of the television watching her favourite shows, spending time with her family and getting lost in others fictional worlds.