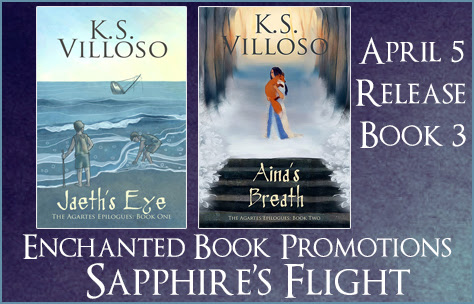 It has been years since his brother’s accident. Kefier was only just beginning to live a normal life–at least, as normal as it could get for a mercenary from a run-down town. And then an errand goes wrong and he finds himself holding his friend’s bloody corpse. Already once branded a murderer, he is pursued by men he once considered friends and stumbles into the midst of a war between two mages. One bears a name long forgotten in legend; the other is young, arrogant Ylir, who takes special interest in making sure Kefier is not killed by his associates. The apex of their rivalry: a terrible creature with one eye, cast from the womb of a witch, with powers so immense whoever possesses it holds the power to bring the continent to its knees.
Now begins a tale with roots reaching beyond the end of another. Here, a father swears vengeance for his slain children; there, a peasant girl struggles to feed her family. A wayward prince finds his way home and a continent is about to be torn asunder. And Kefier is only beginning to understand how it all began the moment he stood on that cliff and watched his brother fall…

Enosh, apprentice to one of the richest merchants in the Kag, is secretly heir to a broken line of mages. Because of The Empire of Dageis’ quest for sources of the agan–the life-source that mages use for power–his people have been reduced to scavengers, his culture diminished to a speck in the wind. For more than ten years, he has helped raise a conjured beast to use as a weapon against the Dageians. But Enosh’s plans are falling apart. A powerful enemy has escaped and Enosh needs to capture him before he reaches Dageis. His quest is further complicated after he finds himself used as a pawn by Gasparian nobles.
On the other end of the continent, Sume, daughter to a Jin-Sayeng hero, must return to her roots to save her country and bring honour to her father’s name. To do this, she must befriend a prince and understand the terrible, corrupting nature of power and the reason her father was driven to walk away from it all those years ago…
Meanwhile, Kefier, Enosh’s agan-blind brother, is forced back into a life of violence. As he struggles with the notion that hands, once bloodied, never stay clean for long, he finds himself occupied with an unexpected burden: his own brother’s daughter.

The battle at Shi-uin has left scars. The rise of Gorrhen yn Garr to power seems unstoppable. As nations fall, the lines between love and duty become blurred and Kefier, Sume, and Enosh must learn to live with the choices they have made.
Get the book from Amazon. 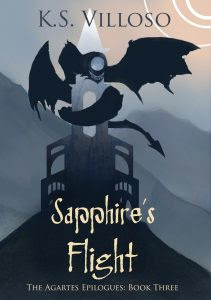 K.S. Villoso was born in a dank hospital on an afternoon in Albay, Philippines, and things have generally been okay since then. After spending most of her childhood in a slum area in Taguig (where she dodged death-defying traffic, ate questionable food, and fell into open-pit sewers more often than one ought to), she and her family immigrated to Vancouver, Canada, where they spent the better part of two decades trying to chase the North American Dream. She is now living amidst the forest and mountains with her family, children, and dogs in Anmore, BC.