Sweet Tales: The Adventures of Brittany and Lace 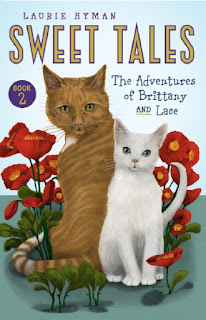 The Adventures of Brittany and Lace, the second book in the Sweet Tales series, is the perfect chapter book or read-out-loud book for animal lovers of all ages! Told from the animals’ point of view, these three charming stories center around Britt the Kit, now a grown-up tabby cat, and a special litter of rescued kittens—Lace, our new co-star destined to be Brittany’s new sister, Coco, who needs a home, Scamp and Willa. Exploring universal themes, with lots of trouble and adventure in between, each story is resolved with determination, love, and understanding. When needed, humans help, along with a colorful group of animal friends. An enjoyable book for the entire family – or anyone who enjoys a good tale!

”The overall sense of caring, community, and responsibility for others is palpable throughout.”
–Kirkus Reviews

Brittany was very special to Lace. She had graciously accepted Lace into her home with Love and Man. Lace had since learned that Britt the Kit had also saved her father Sky when he was just a kitten.

An evergreen tree branch hit the kitchen bay window. The kitten jumped on to the ledge and looked outside.

“Wow, everything is so white! Just like me! It must be? Yesss! It’s SNOW. Now I understand why Papa called me Snow.” The white kitten got chills all over her body. “Snow is all white and pretty like me! I want to touch and feel it,” Lace whispered.

The kitten ran over to the cat door which was part of the kitchen door of their house. She placed her paw on the clear plastic door and pushed. “Ah, it’s open.” Her folks had forgotten to lock it before they went to sleep. “Should I?” Lace knew it was the wrong thing to do, but she was so curious about the snow falling just a short distance away in their backyard. “Yes, I’ll chance it. Just, for a few minutes.” She took a deep breath and slipped through the flapping door.

Once outside, Lace ran to the snow and placed her paw on the sparkling white powder. “Oooo, it’s cold, like Mama said. Ah, it melts, too.” Cautiously she moved out from under the covered porch and jumped up onto the stone wall that ran the length of their home.

As the snow gently fell on the kitten, she began to purr. It was cold, but pleasant. It landed on the top of her head and body. “So this is snow. I like it.”

A children appropriate book that will appeal to readers of all ages, especially cat lovers.
This is the second collection featuring Britt the Kitt.

Britt's family is still recovering emotionally from the loss of their elder, eighteen year old, cat, Miss Jade. She was the one who raised Brittany and introduced her to so many fascinating characters over the last year. Britt is now almost fully grown and her humans feel she needs a kitten companion.
The search turns into a crusade to help some sick and not well treated animals.
While the humans play a role, it is the animals themselves who take charge and save the day - and the animals.

A cute, light, (not emotionally dark yet with a spot of danger) set of three stories that bring us into the city and country lives of Britt and her friends. I was pleased with how well they could all work together.

As Britt is helping solve the problems in her community, she is also maturing and learning how to become an Elder, one who does good for others. Helping raise Lace, Britt also recognizes some of her own traits when she was a kitten. A little introspection never hurt anyone.
And the good reminder to be careful what you wish for. 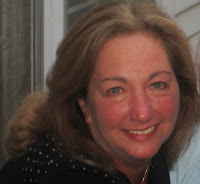 “Writing is my creative outlet,” says Laurie Hyman, author of Sweet Tales: The Adventures of Brittany and Lace.  The children’s series is written from the perspectives of cats, dogs, horses, woodchucks, coyotes, squirrels, crows and various other animals.
The stories explore universal themes such as family, friends, bullying, animal cruelty, abandonment and rescue, and the environment.  These books will appeal to readers of all ages, says Laurie, who comes from a creative family.
Her father was a writer and her brother, David Saperstein, wrote the novel on which the hit movie, Cocoon was based.
But her creativity doesn’t begin and end with books.  Laurie has extensive experience representing recording artists such as Barry Manilow and working as a producer and program coordinator for film, television, music and video companies.
She was assistant producer on Nurse, the acclaimed 1981 CBS network drama starring Michael Learned and Robert Reed.  Laurie also associate produced Teenage Mutant Ninja Turtles—Coming Out of Their Shells, a documentary about the making of the live musical tour based on the hit movies and TV series.
Laurie Hyman is passionate about the creative process, which she finds fascinating and fulfilling.  She has also worked extensively as a senior health care advocate and she developed the Health Navigator Program for ReServe Inc. where she supervised several volunteers for NYC hospitals.  She also volunteered as an advocate for the American Red Cross, March of Dimes, and MRC (Medicare Rights Center) in health care and senior care advocacy.
She currently lives in New York State with her husband Micky and their two cats Maggie and Lily. 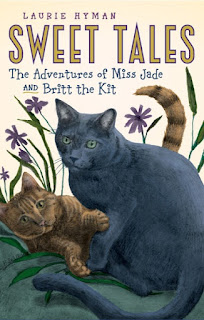