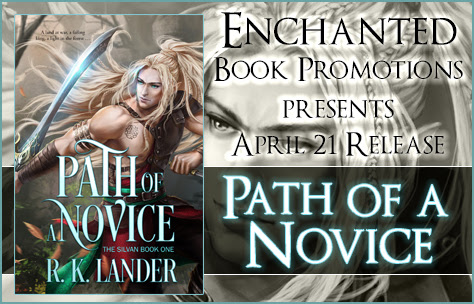 A land at war, a failing king, a light in the forest … Bel’arán, land of mortals, immortals, and those that dwell in between. The elven forest realm of Ea Uaré is threatened by ruthless Sand Lords seeking water, and the undead Deviants who crave the mindless destruction of elves. The powerful Alpine lords strive to dominate the leaderless native Silvans through power games, leaving in their wake a bereft king, assailed by grief and a family unable to forgive him. As the king drifts in endless sorrow, the forest people are loosing their identity. Discriminated and belittled, they are the warriors but the Alpine lords are their commanders – until a child is born to the Deep Woods – an elf with the face of an Alpine and the heart of a Silvan, an orphan whose only dream is to dare become a Silvan captain in a world dominated by Alpines – Fel’annár, Green Sun. A born warrior, to his friends, Fel’annár becomes Hwind’atór, the Whirling Warrior, and together, they will step upon the path of a novice. Adventure, hardship and self-discovery will mould the warrior he will become. But destiny will not be ignored, and Fel’annár is confronted with the truth of his own abilities and the mystery of his past, one shrouded in sorrow and intrigue – one that may change the course of history. From child to novice warrior and beyond, Fel’annár is, The Silvan.

R.K. Lander was born in the UK. Fantasy was always a central part of her life and soon began reading authors such as Arthur C. Clarke, Isaac Azimov, Ray Bradbury and J.R.R. Tolkien.
Now living and working in Spain, Ruth runs her own business and writes as an independent author.
The Silvan is her first work, a YA epic fantasy trilogy revolving around the figure of a Silvan elf, Fel’annar. The first in the series, Path of a Novice is available for pre-order, and the second, Road of a Warrior, is approaching the editing stage.