Whiskers and Bear
by Giacomo Giammatteo 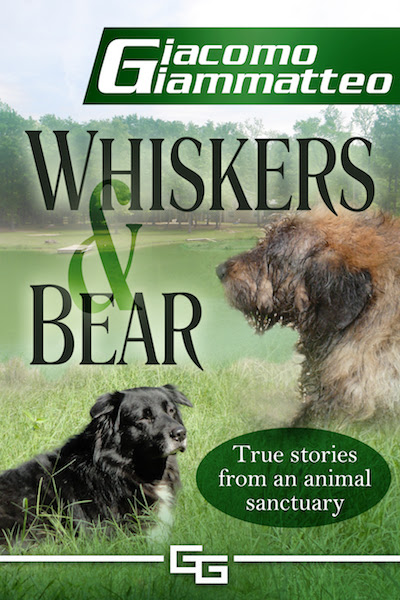 
Whiskers and Bear were two of the best dogs in the world. They didn't always listen or even try to listen, but they were loyal to a fault, and they were the best of friends. They hunted all of their food, and they protected our animal sanctuary with no regard for their own safety.

According to the author Whiskers and Bear by Giacomo Giammatteo does not include: Excessive Strong Language, Graphic Violence, Explicit Sexual Scenes, Rape, or other trigger situations. PBP staff has not read this book, however and cannot give additional information.

I climbed up onto the tractor, a Kubota 4630, with a six-foot bucket on the front. It was a powerful machine, and we’d put it through the hoops more than a few times. What I mean is that my wife Mikki and I had dug a lot of graves.
I tied an old cloth diaper around my forehead and draped the end of it over the top of my bald head. There wasn’t much better than a cotton cloth for keeping sweat out of your eyes, or the sun from burning your head. I turned the key and revved the engine. After letting it idle a moment, I lifted the bucket and drove toward the south side of the property where Mikki was waiting for me. She’d already gotten a few blankets and a clean sheet. For this one, she’d brought a pillow, too.
I reached up and wiped my eyes. I was getting damn tired of burying things.
An old white pickup crept down the gravel driveway, coming to a stop near the fence.
A neighbor leaned out and hollered. “What’s goin’ on?”
I wished he’d have kept going.
“Nothin’,” I said, but not loud enough for him to hear.
The door opened, and he stepped out and walked over to the fence, using his right hand to shield his eyes from the sun as he peered over the top rail.
“What are you doin’?”
I could see there was no getting away from it. I muttered my answer a few times so my voice wouldn’t crack when I yelled.
“Diggin’ a grave,” I hollered back.
“A grave? Which one died?”
Which one? That’s what it had come to for most of the neighbors and relatives and friends. Which one died. As if it didn’t matter. As if having forty-five animals made it easier to deal with when one of them died.
He came in through the side gate and headed in my direction. He walked slowly, which gave me time to compose myself. It’s never easy to bury a friend, but this one…this one was special.
Mikki walked over to me. “He’s just trying to help.”
I nodded.
I don’t need his help, I thought, but the fact of the matter was I could probably use it.
It hadn’t rained in weeks, and the damn Texas ground was as hard as concrete. Even if the tractor did cut through, it could only go so deep; we’d have hand work to do at the bottom.
Our neighbor was about twenty feet away. He took off his hat and swiped at his forehead. It was a scorcher today and had been for a month or so.
“Who was it?” he asked.
I couldn’t say, but I managed to gesture toward Mikki. She lifted the corner of the blanket so he could see.
“Oh shit!” he said. “I’m sorry.”
“Thanks,” I said.
He unbuttoned his shirt and grabbed a shovel I had leaning against a small oak tree. “Might as well get this done.”
I nodded again. He was right, of course, but I was in no hurry to put another friend in the ground. I cranked the engine up a little higher, shoved the tractor into low gear, and positioned the bucket for the first scoop of dirt. The bucket hit the ground with a metallic thud. It didn’t do much more than break the surface.
“Whew!” the neighbor said. “Going to be a long day.”
“That’s for sure.”
“How long have they been with you?” he asked.
They. I thought about what he said. I would have laughed if not for the circumstances. Everyone referred to the two of them as one. They or them. Bear and Whiskers. Whiskers and Bear. It was a cold day in July if anyone mentioned one without the other.
I handed him my bottle of water; he looked thirsty.
“They’ve been with us a long time. A damn long time.”
***
Excerpt from Whiskers and Bear by Giacomo Giammatteo. Copyright © 2017 by Giacomo Giammatteo. Reproduced with permission from Giacomo Giammatteo. All rights reserved.

Sometimes you just know a book will bring on tears.
That does not mean you should avoid it. This book begins by letting the reader know something sad happens between it's covers, or within it's digital counterparts. Remember, sadness is a result of change and missing something or SOMEONE that meant happiness, even love. For anyone who ever had a best friend, this book will touch your most tender emotions.
Although I have cared for and lost beloved and respected friends, of various species, over many years, there is comfort and hope in the memories and tales remaining in my heart.
Reminiscent of stories told by Jon Katz and Caroline Knapp, and those shared weekly by animal bloggers, the brief remembrances shared in this first collection set the scene. The stars are two dogs not owned by the author, but who made a huge impression and influenced what would become his sanctuary home.
The author believes that while animals make the best companions, it is unfair for humans to make them conform to our standards, to judge them by man made rules. Bear and Whiskers would never go for that behavior anyway.
Prepare to be touched by deep emotions.   Enjoy the memories. 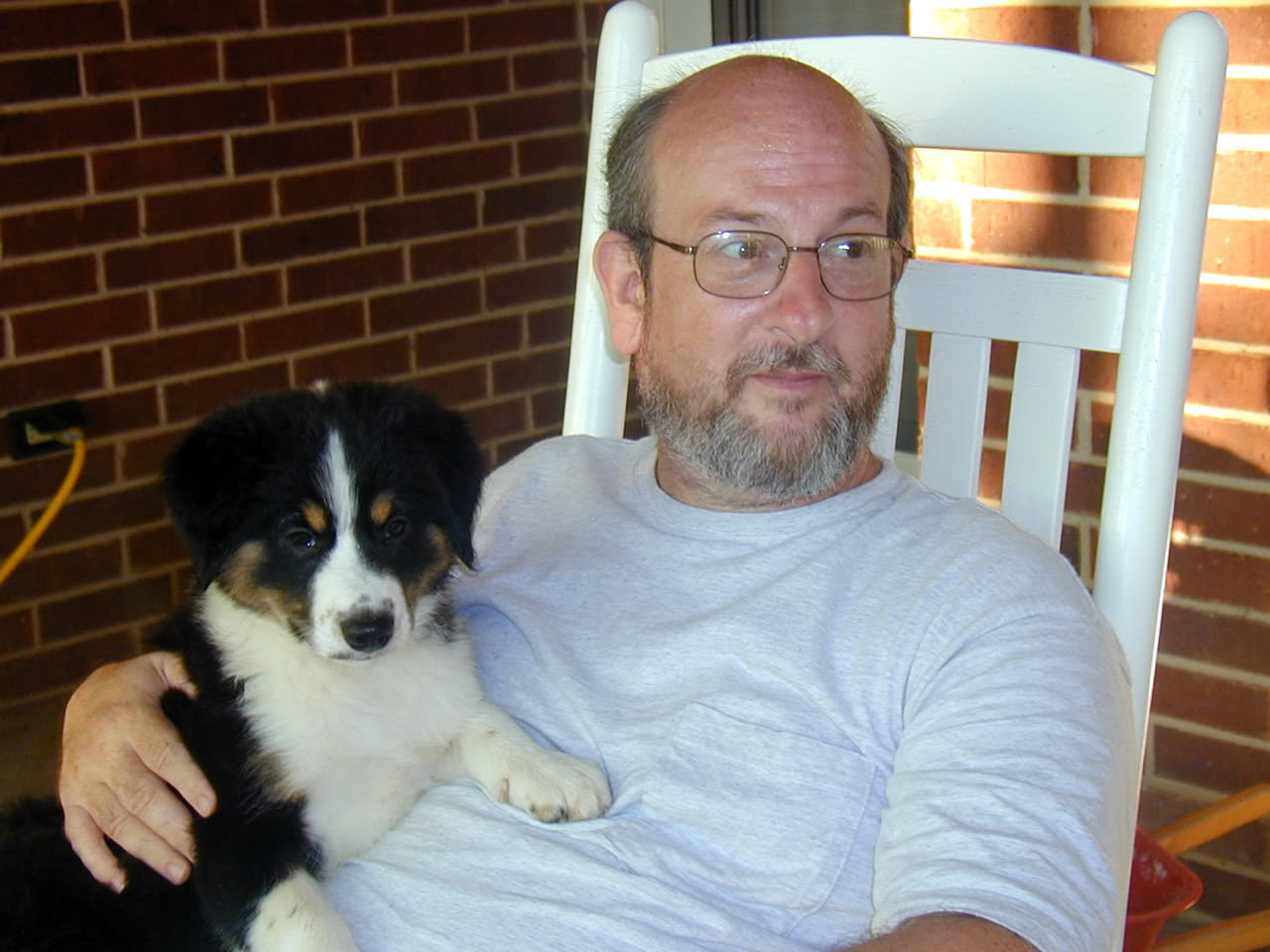 Giacomo Giammatteo is the author of gritty crime dramas about murder, mystery, and family. He also writes non-fiction books including the No Mistakes Careers series.
When Giacomo isn’t writing, he’s helping his wife take care of the animals on their sanctuary. At last count they had 45 animals—11 dogs, a horse, 6 cats, and 26 pigs.
Oh, and one crazy—and very large—wild boar, who takes walks with Giacomo every day and happens to also be his best buddy.
Visit Giacomo on his Website , Twitter , Facebook  and Goodreads  pages!