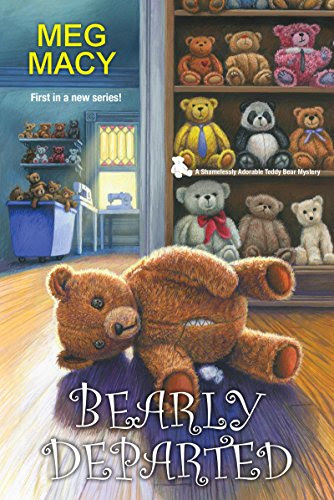 The Silver Bear Shop and Factory might be the cutest place around, but there’s nothing warm and fuzzy about murder . . .

As manager of the family teddy bear shop and factory, thirty-one-year-old Sasha Silverman leads a charmed life. Well, except for the part about being a single divorcée with a ticking biological clock in small-town Silver Hollow. And that’s just kid’s stuff compared to Will Taylor, the sales rep who’s set on making drastic changes to the business her parents built from scratch—with or without Sasha’s approval . . .
But before Will digs his claws in, someone pulls the stuffing out of his plan . . . and leaves his dead body inside the factory. Reeling from shock, Sasha’s hit with more bad news—police suspect her hot-tempered Uncle Ross may have murdered him. Sasha knows her uncle would never do such a thing, and she’s launching her own little investigation to expose the truth. As she tracks Will’s biggest rivals and enemies for clues, Sasha can’t get too comfy—or she’ll become the next plaything for a killer . . .

A usually calm and creative small town is shocked by murder and the associated speculation and gossip. A family feels the shock within its ranks as well as to the future or potential demise of their family business, specialty teddy bear makers. Along with the gossip secrets are revealed and we learn that this town is not as sweet, innocent and calm as the tourists (and some residents) are led to believe.
In wonderful cozy custom, the shops have the best names and they plan some fantastic events, especially around holidays. The Teddy Bear parade is an annual event. After a body is found in the factory, could this be the final year for the picnic perhaps even the business? Could someone from the factory be the murderer - maybe even a family member with a temper?
Main character, Sasha Silverman, takes her job seriously. She is also a loyal friend and sister. When this murder hits so close to home, she has to figure out who did it, because the police seem to be taking their time. The readers are inside Sasha's head most of the time, viewing her world and along for the ride as she follows the clues. And as she finds herself in mortal danger. 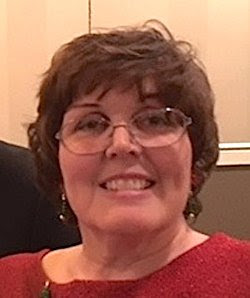