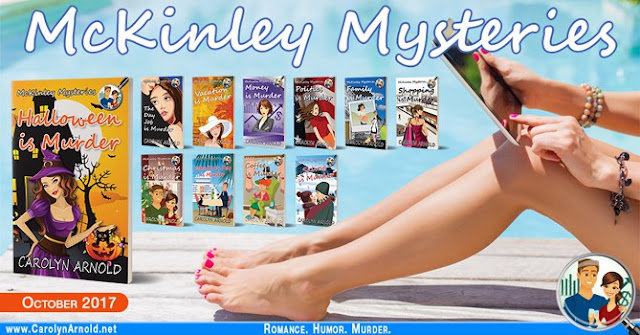 They find more than a bargain…

Black Friday should be all about shopping and discounts, but when Sean and Sara only have a few more items left to buy, screams fill the mall—and for good reason. A man has fallen to his death from the second level.

But what exactly happened isn’t that straightforward, and normally, Sean and Sara would leave this matter to the police, but the widow was a childhood friend of Sara’s. While the police are leaning toward the belief the man intentionally took the leap, the widow is adamant her husband would never jump and asks Sara for her help.

Despite the fact there is an unresolved past between the friends—in which Sara feels she let her down—Sara can’t turn her back on her now. Fueled by guilt and the need to find answers, Sara convinces Sean they should look into the man’s death.

But the answers aren’t all coming quickly. Mall security has dropped the ball and there’s no seeming motive for murder. To find out the truth will take unconventional means, a little undercover work, and the help of their friend Jimmy. And if it all comes together, they just might have this case wrapped up in time for the holidays. Maybe even with a pretty little bow.

Sean and Sara can’t even go shopping on Black Friday without getting pulled into a murder investigation. The deceased is the husband of an old friend of Sara’s, and there’s no way she can ignore the case. It will take some undercover work and the help of a friend—former sergeant Jimmy Voigt—but if all goes according to plan, Sean and Sara might just have the case wrapped up in time for the holidays.

'Tis the season, when emotions run almost as high as credit card debt. Black Friday is an experience, one that even those who don't need to shop can't bear to miss.
Sara drags Sean from store to store until screams drown out the carols. A cop can quit the beat, but the instinctual response remains for life. Sara makes a beeline to the scene of the crime.
Looking down upon a man's body, fallen from the Mall's upper level, Sara recognizes the screaming widow.  Besides cop instinct, Sara can not turn her back on a friend in need.
Sean can not convince his wife to let the police handle it, especially when it seems apparent they want quick closure with least effort.
Thank goodness for Jimmy, although even he doesn't have much influence over headstrong Sara.
He is along for the ride on this case and having more frequent thoughts about his future.

This very fast read takes about as much time as the actual police wanted to afford this case.
The real criminal behind the death would have escaped notice if not for Sara's persistence.
Once again I enjoyed the interplay of personalities and the quickness of Sara's deductive reasoning.

This is the perfect book series for fans of Hart to Hart, Castle, Colombo, Monk, Rockford Files, Psych, and Magnum PI.

Read in any order or follow the series from the beginning. 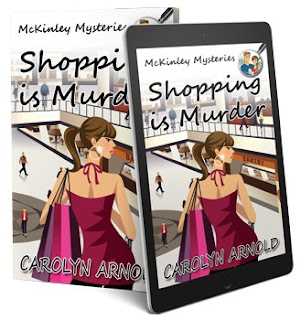 SHOPPING ’TIL IT HURTS

SARA LOVED THE HOLIDAYS, but she was one “Silent Night” away from running out of the mall in search of a glass of cognac. She glanced over at Sean. He was weighed down with their spoils and trailed along beside her—bags over both shoulders, boxes perched precariously under his arms.

The odd capture of his facial expression, including the pressed-on smile, made it clear that he was beyond ready to call it a day. He was pushing through for her. Maybe it wouldn’t have been such a bad idea to forego the deals of Black Friday. After all, it’s not like money was a concern.

Sean had tried to reason with her about the crowds, but she refused to listen. He even suggested hiring someone to take care of the shopping. She hadn’t considered his suggestion, opting for the personal touch of buying the gifts for family and friends themselves.

“That’s not something you delegate.” The statement was meant in sincerity—at the time. Now she was asking herself what she’d been thinking, and it was obvious she hadn’t been.

“Just one more stop, darling,” she said to reassure him the retail torture was almost over.

“Isn’t that what you said a few ago now?”

“I know, darling, but it’s important to me.” She led him into a lingerie shop.

“And to think, I was going to say one more store, I might kill myself.” He smiled at her as she dropped the packages she carried and reached for a silk number on a storefront display rack.

Sara let the strap of the negligee slip from her fingers. “You would think, of all places, you’d be happy in here.”

“That’s why I said I was going to say.” He came up close behind her, his warm breath cascading across her neck. “Why are we doing all of this today anyway? We’ve been at it for hours already.”

“I just want to get everything in one swoop.”

“Christmas gifts for your family, our friends at PD, Jimmy, Adam. You plan on buying for everyone today?” He adjusted the bags he held.

“Don’t forget the new friends we met in Europe.”

“Ah, yes, how could I forget Leo and Valerie?”

“And Pierre.” She offered a smile.

Leo and Valerie ran a bed and breakfast in France called La Villa Château. They’d met them on a day trip into the countryside when they’d happened into the quaint B&B.

Pierre was the couple’s quirky friend who had shown up years ago and never left. They had ended up hiring him and never looked back. He was an excellent chef and had proven to be a tremendous asset to their marketing campaign.

Pierre had given Sara recipes and pointers to take back home with her. She had tried a couple, but they never turned out the way they had when she worked by Pierre’s side. She wondered if Sean would dare gift her cooking lessons—she’d never seemed to arrange for any herself.

She smiled over at him.

“It’s just that you’re being so good about all of this.”

He blinked and turned his head to the right, his jaw angled slightly upward. He was trying to hide his guilt, but she could see through it. “Yes, I know you’ve been whining.”

Horrific screams reached into the store, drowning out the holiday merriment spreading over the speakers.

Sara raced out of the store, knowing from her days as a cop they could only mean one thing—someone was dead. 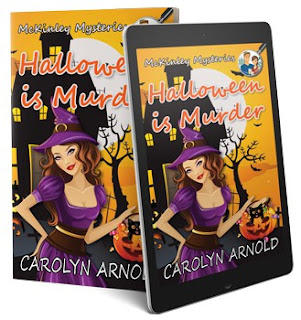 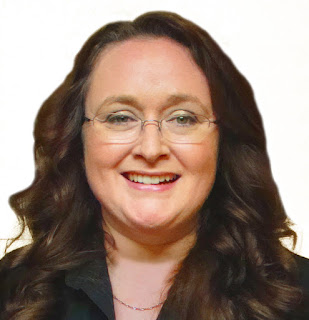