August 04, 2017
I’d like to introduce you to new author Kishmi Davis and her first children’s book – Wifi Kicked the Bucket! 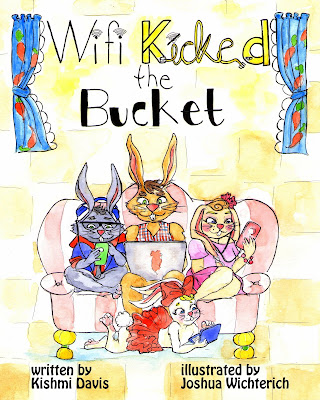 Wi-Fi Kicked the Bucket is about a Bunny Family who looks forward to getting out of school for the summer so that they can spend their time on their devices. Unfortunately, the Wi-Fi goes out and everyone is in a panic state. The mother encourages her children to create their own fun. At first there’s resistance, but eventually, the bunny children get the hang of it and start having lots of fun despite Wi-Fi being down. 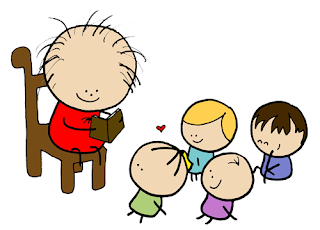 A full 5 star read. As a parent, who hasn't wished on occasion that the internet service was down?
With very active and fun illustrations, this bunny family must learn how to get along and be entertained without being plugged in.
An entertaining book to read to and with your children.

Why Did Wi-Fi Kick the Bucket? I’m Kishmi Davis, the author of the fictional children’s book, Wi-Fi Kicked the Bucket. The idiom in the title ‘kicked the bucket’ implies that somewhere in the story, the remote connection to the Internet stopped working. Which, ironically, is exactly what I feel has happened to the human race’s ability to connect face to face with each other. Unfortunately, in my opinion, children suffer more than adults. Children must have ‘real’ face to face interaction in order to form deep and meaningful relationships. On the site www.bbc.com, Jane Wakefield wrote an article about how times have changed. “Children now don’t remember a time before the Internet,” her interviewee, Mr. Nevard said. This scenario plays out in a lot of places and not just with children. Take my middle schoolers, for example, they constantly have their earbuds in and their faces glued to their devices when walking in the hallways and in the cafeteria. Their devices are like an extension of their body. Also, look around any restaurant at a group of adults dining, each one will have his or her cell phones in hand and heads bowed. I, too, can be guilty of the over use of my device instead of indulging in a face to face ‘interaction’ opportunity. Case in point, I have a 16 year old daughter, a 12 year old son, and a 10 year old daughter. One day last summer, I happened to ‘finally’ look up from my laptop, and realized all four of us were in the same room, and each of us were staring at our devices. You could hear a pin drop! I was dumbfounded... So I did what any parent would have done. I demanded that my three children (not myself of course) put down their devices and find something different to do! This was definitely easier said than done. They found ‘different’ devices to get on in order to justify their incompliance. Lucky for me, my prayers were answered. A few short days after this revelation, I came home from work and saw all three children sitting on the couch. No cell phones. No laptops. No tablets. Upon entering the house, I had been quickly informed that something was wrong with the Internet connection, and that they were unable to surf. I smiled as I examined the Wi-Fi router. Indeed, it was broken. Our Wi-Fi had kicked the bucket. Did I fix it right away? No. I conducted my own experiment with my own children, and thus you have the birth of my book, Wi-Fi Kicked the Bucket. 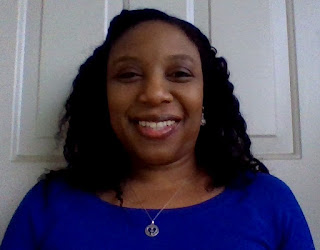 Kishmi Davis writes funny fiction about children and their interaction with technology.  Born and raised in Corsicana, Texas, Kishmi now lives in Ellis County with her three children and guinea pig.

In the process of teaching seventh graders how to write, Kishmi soon discovered that she enjoyed making up her own stories.  She’s been teaching for 14 years and worked on computers before she started her teaching career.