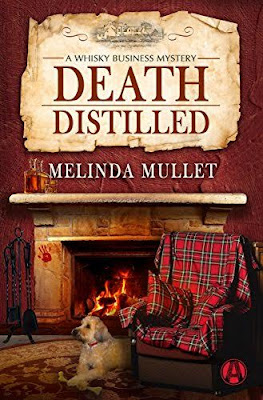 It’s been three months since Abi Logan last checked in on Abbey Glen, the celebrated whisky distillery she inherited. With her oversize wheaten terrier, Liam, by her side, Abi returns to the quaint Scottish village of Balfour. But her relaxing Highland homecoming takes a stressful turn when she unearths an unseemly bit of village history, welcomes a group of Japanese whisky enthusiasts, and becomes shepherdess to an unexpected flock of sheep—all within the first twenty-four hours. Still, nothing’s more stressful than murder. . . .
Local celebrity Rory Hendricks is the hotheaded, hard-rocking former frontman of the Rebels—and Abi’s girlhood crush. After meeting him in person, Abi can’t say no to anything he asks, like photographing his upcoming show . . . or figuring out who’s trying to kill him. Turns out someone’s been bumping off his old bandmates, with the drummer dead under mysterious circumstances and the keyboardist in a coma following a hit-and-run. Now a series of threatening messages leads Rory to think he’s next on the chopping block. And the band has a devil’s share of broken hearts and bitter disputes in their past, leaving Abi a huge batch of suspects to sift through—all before the killer takes another shot.
Melinda Mullet’s delightful Whisky Business mysteries can be read together or separately. Enjoy responsibly:
SINGLE MALT MURDER | DEATH DISTILLED

Whiskey, Mystery and Rock and Roll all play strong roles in this complex and fascinating cozy murder mystery. Even if you have not read the first book in this series you will be able to follow along and enjoy the action. Dysfunctional families past and present set up dangerous events and mysteries to be solved.
Having given up her fast paced life as a photojournalist when she inherits a well know distillery, Abi Logan finds herself on shaky ground with the locals in the small village of Balfour.
She is only home for a few hours before coming across an unmarked gravesite.
A mysterious stranger has been asking about her and Abi meets the new reverend who has an interesting side hobby. We know things are going to get exciting.
Fast paced and delightful, this mystery will keep you on edge wondering about motive, means and opportunity. Could the old mystery about whiskey smugglers have a connection to the threats to members of a retired set of bad boy rockers?
I am always delighted to discover secret passages and hidden rooms. The addition of the sheep gave the story a few warm moments. Liam is always good for making Abi take action without overthinking. There is a romantic element to this book but it does not overpower the mystery which is what we really came for.
Very well done. 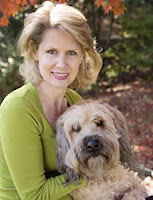 Melinda Mullet was born in Dallas and attended school in Texas, Washington D.C., England, and Austria. She spent many years as a practicing attorney before pursuing a career as a writer. Author of the Whisky Business Mystery series, Mullet is a passionate supporter of childhood literacy. She works with numerous domestic and international charities striving to promote functional literacy for all children. She lives in Washington, D.C., with her family.