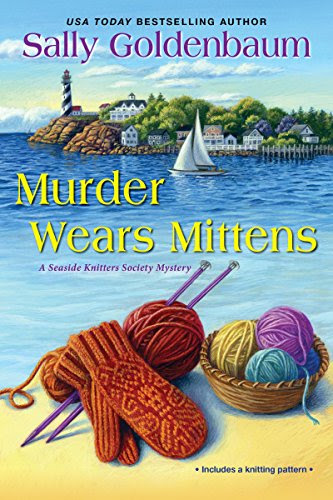 As autumn washes over coastal Sea Harbor, Massachusetts, the Seaside Knitters anticipate a relaxing off-season. But when murder shatters the peace, the craftiest bunch in town must unravel a killer’s deadly scheme . . . After retrieving fresh lobster nets from a local Laundromat, Cass Halloran rushes to attend a last-minute gathering with her knitting circle. But Cass can’t stop worrying about the lonely boy seen hanging around the dryers, and the school uniform he left behind in a hurry. When the ladies return the lost clothing the next day, they find the child and his younger sister alone, seemingly abandoned by their mother . . . The knitters intend to facilitate a family reunion, not investigate a crime. But the death of Dolores Cardozo, a recluse from the edge of town, throws the group for a loop. Especially when the missing mother and one of their own become tied to the victim’s hidden fortune—and her murder . . . Before scandalous secrets break bonds and rumors tear Sea Harbor apart, the Seaside Knitters need to string together the truth about Dolores—while preventing a greedy murderer from making another move! * Includes a knitting pattern *

If this is your first visit to Sea Harbor, Mass, do not be intimidated by the number of characters listed at the beginning of this novel. You will meet each casually, informally, and pleasantly as you get to know your way around.The Seaside Knitters are a generous, caring group who are involved in their community and accept both the good and less than best about it and the residents. This year they are preparing to knit hats, scarves and mittens aplenty - enough that no one will suffer frostbite during the coldest months.There are many generous organizations around Sea Harbor - those that feed and shelter the less fortunate and help people get their lives back on track. There are also the greedy who think only of themselves. An odd notice in the newspaper brings attention to the death of someone who was a long fixture around the area. yet few could say they knew her well. Even fewer knew that she had deep secrets and supported many of these fine organizations. When that secret was revealed, the knitters decided that they needed to understand her, even though she is no longer among them.An odd occurrence in a laundromat gets the attention of Cass, who brings her good friends in to investigate it further. She has a bad feeling about a boy and his dog out alone in bad weather.Trying to do something good turns into more of a mystery for them all.Somehow this and the mysterious woman's death are tied together.A well thought out and complexly entwined story of secrets and striving to stay safe.It makes you think about the people in your own neighborhood and if you really know what struggles each of them faces. The characters are well developed, with kids and dogs that will steal your heart.You'll wish you had good friends like these. 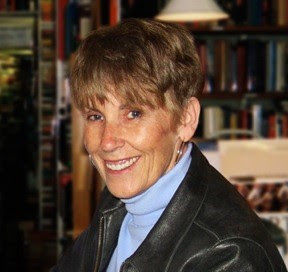 Sally Goldenbaum was born on the shores of Lake Michigan, in Manitowoc, WI, to a homemaker mother and a ship-building father. Although she now lives in landlocked Prairie Village, KS, her longing for lakes and the sea is satisfied in part by writing the USA Today bestselling Seaside Knitters Mystery series

, set on Cape Ann, MA. She is a sometime philosophy teacher, a knitter, and an editor, and the author of more than thirty novels. Her fictional knitting friends are teaching her the intricacies of women’s friendship, the mysteries of small-town living, and the very best way to pick up dropped stitches on a lacy knit shawl.
Follow Sally
Webpage Twitter Facebook