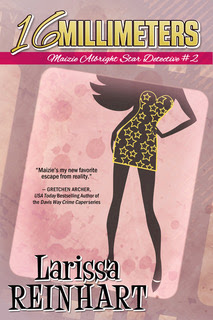 #StillAWannabeDetective In continuing her career-makeover quest as a for-real detective, ex-teen and reality star Maizie Albright has a big learning curve to overcome. A sleuthing background starring in a TV show— Julia Pinkerton, Teen Detective—does not cut the real life mustard. It doesn’t even buy her lunch, let alone extra condiments. Her chosen mentor, Wyatt Nash of Nash Security Solutions, is not a willing teacher. He’d rather stick Maizie with a safe desk job and handle the security solution-ing himself. But Maizie’s got other plans to help Nash. First, win Nash’s trust. Second, his heart.
Wait, not his heart. His respect. His hearty respect.
So when a major movie producer needs a babysitter for his hot mess starlet, Maizie eagerly takes the job. But when her starlet appears dead, and then not dead, Maizie’s got more than an actress to watch and a missing corpse to find. Body doubles, dead bodies, and hot bodies abound when the big screen, small screen, and silent screams collide. Maizie’s on the job, on the skids, and on thin ice, hunting a killer who may be a celebrity stalker. And Maizie just might be the next celebrity who gets snuffed.

How timely is this novel with all the disturbing news coming out of Hollywood!
I will say some of the popular language of this tome did make me feel a bit ancient.
I'd be dating myself to call it "hip and now" but it is for sure refreshing and current.
Those who care about Maizie become more afraid each day to let her wander around alone. She is developing this disturbing habit of finding dead bodies - each one dragging her closer to breaking her probation terms!  She is only trying to impress her hunky boss and prove she is capable of more than answering phones for the Investigative Security company. Maizie swears she does not miss the Big Screen Life but there are times she may protest too much.
A mixture of adventure, mystery, and romcom with some humorously uncomfortable moments between wardrobe and family when bringing the Industry to Georgia.
So like Hollywood,  you'll never figure out what is real and what is make-believe until you reach the end. 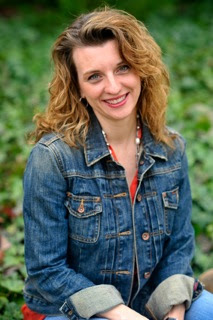 Larissa is a 2015 Georgia Author of the Year Best Mystery finalist, 2014 finalist for the Silver Falchion and Georgia Author of the Year, 2012 Daphne du Maurier finalist, 2012 The Emily finalist, and 2011 Dixie Kane Memorial winner.
Her family and Cairn Terrier, Biscuit, have been living in Nagoya, Japan, but once again call Georgia home. See them on HGTV’s House Hunters International “Living for the Weekend in Nagoya” episode.
Visit her website, LarissaReinhart.com, find her chatting on Facebook,   Instagram,   and   Goodreads, or join her Facebook street team, The Mystery Minions.

Celticlady's Reviews
Back Porchervations
Laura's Interests
Girl with Book Lungs
Escape With Dollycas Into A Good Book
Brooke Blogs
Island Confidential
Maureen's Musings
Have you signed up to be a Tour Host? Click Here Find Details and Sign Up Today!