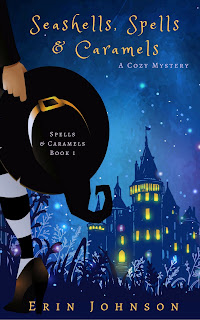 Imogen’s spent her twenties in Seattle, saving every penny and missing every party, to follow her dream of opening her own bakery.
When that dream goes up in flames, she accepts a spot in a mysterious baking contest—one she doesn’t remember entering. She travels to a bustling, medieval village off the coast of France and discovers an enchanting world of magic and mystery, and learns that she, too, possesses powers.
Unable to so much as cast a spell, Imogen struggles to keep up with the other witches and wizards who have come from all over the magical world to the Water Kingdom's big competition. She juggles relationships with a sweet new friend, a snarky baking fire, and a brooding, handsome baker. As Imogen falls for this bewitching world, she fears she won’t master her magic in time to win the job of Royal Head Baker, and will be forced to return to the shambles of her non magical life.
It only gets worse, when a competitor drops dead in the middle of the big white baking tent, and Imogen’s the prime suspect. Now, she’ll not only have to survive the vampire and psychic judges, but also clear her name by finding the real murderer, before they strike again.
With a killer on the loose, a missing prince, and the Summer Solstice Festival fast approaching, Imogen will have to bake like her life depends on it- because it just might.

This is delightfully delicious fantasy with romantic overtones. A combination of the popular televised Great Bake-Off shows and catty reality dramas, this fast paced competition is set in a magical kingdom worthy of tolerance between species which admits we will never all get along. Deception plays various roles, not all of them evil.
Sometimes people just wish to fit in. No life is perfect.
In fact, I would say this Great Baking Competition called together a cast of misfits.
Imogen is a very likeable protagonist, even when reduced to her worst circumstances.
Most of the"bad guys" even had something redeeming about their characters.
I worried about how Imogen would fare even as I pulled for another sympathetic yet worthy contestant to win. I felt Imogen would land on her feet.
Although there is a romantic thread it does not over power the main experience of the book.
Iggy is one of my favorite charcters. 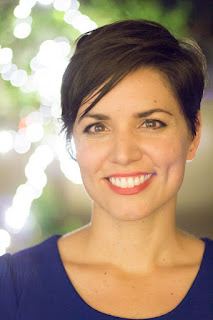 A native of Tempe, Arizona, Erin spends her time crafting mysterious, magical, romance-filled stories that’ll hopefully make you laugh.
In between, she’s traveling, napping with her dogs, eating with her friends and family, and teaching Pilates (to allow her to eat more).
Website:www.erinjohnsonwrites.com.Facebook: www.facebook.com/EJohnsonWrites. Twitter:@EJohnsonWrites