Secrets and Pies by Jenny Kales 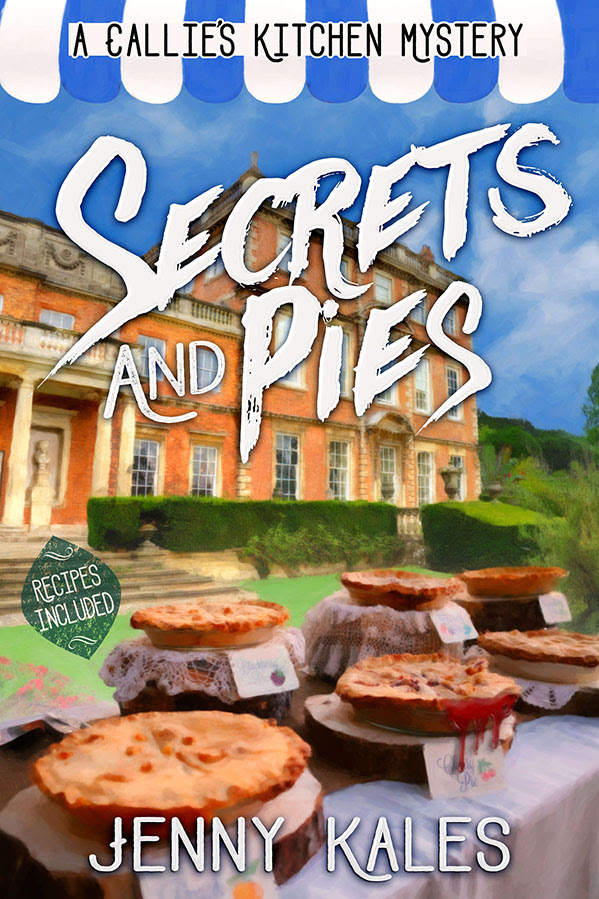 If you can’t stand the heat, get out of Callie’s Kitchen! Greek-American restaurateur Callie Costas faces down another killer in the small waterfront town of Crystal Bay, Wisconsin. Recipes included!
Summertime in Crystal Bay means tourist season for Calliope “Callie” Costas, owner of Callie’s Kitchen, a Greek-meets-Midwest from-scratch eatery. Business is booming but so is the stress. Callie can barely keep up with the demand for her famous summer fruit pies and savory Greek delicacies, plus she’s agreed to bake dozens of “pitas” for the annual Greek Fest.
When Callie is asked to deliver cast party treats for a Murder Mystery Night at the historic Harris House, it seems like a welcome break from her hot stove. That is, until she finds herself an unwilling player in yet another suspicious death. Worse yet, the victim is a family friend and graduate student working on a project involving Crystal Bay’s colorful past.
Before long, a motley crew of suspects makes things as juicy as the succulent berries strewn around Callie’s Kitchen. And that’s not all Callie’s got on her plate. Add family obligations, a deepening romance with a local detective and unexpected personnel problems to the mix. One thing’s for sure: Callie’s got the recipe for a long, hot summer!
SECRETS AND PIES is the third installment in the Callie’s Kitchen Mystery series.

I am coming into this series a bit late but never felt lost. Perhaps I am a little biased, as I love books set in "my" Midwest and adore cozy mysteries. Amateur sleuths don't have to play by the same rules as official police. Often they are more motivated to discover the truth, not just close the case.For Callie, this murder hits too close to home. Not only is the first victim her daughter's favorite teacher, it turns out there are more connections, not just that Callie discovered the body. As if Callie doesn't have her hands full baking for several special events, raising her daughter and trying to spend time with a dashing detective, who is quite busy himself. When best employee and friend Max tells her he is needed back on his father's farm, it's enough to drive anyone crazy.I love so much about this book - theatre, old houses with secret areas, and especially the support of good friends. It is a delicious addition to the cozy mystery genre. I can't wait to settle in with other books in this series. 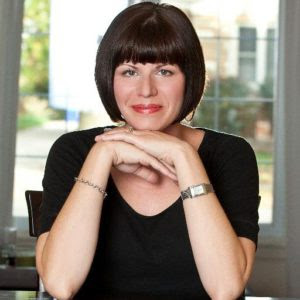 Award-winning writer Jenny Kales is the author of The Callie's Kitchen Mystery series.
Though she's worked as a writer and journalist for years, fiction writing is her first love and her marriage into a Greek-American Midwestern family inspired The Callie's Kitchen mysteries, featuring Calliope Costas, food business owner and amateur sleuth.
The setting of the story, "Crystal Bay," is inspired by a favorite family vacation spot - Wisconsin's beautiful Geneva Lakes.

Kales is an avid reader, cook and baker and she's addicted to mystery TV, especially anything on Masterpiece Mystery or BBC America. She lives just outside of Chicago with her husband, two daughters and one cute but demanding Yorkshire terrier.