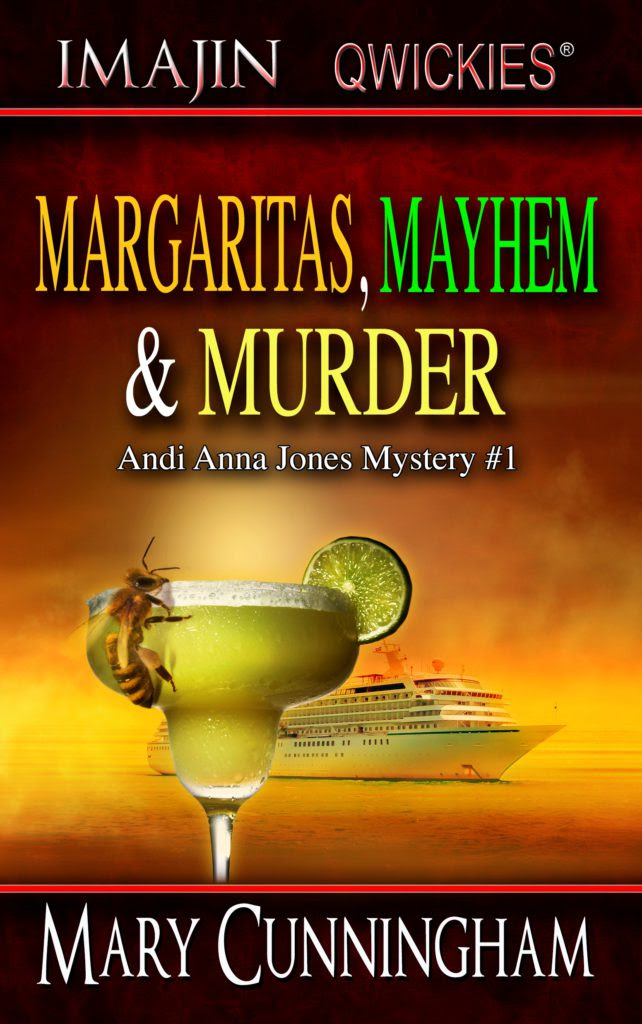 Andi’s step-mother is a real piece of work!
But is Ruby a murderer?
Andi Anna Jones, so-so travel agent/amateur sleuth, puts aside her resentment of her father’s widow and books a 60th birthday cruise to Cancun for Ruby and three friends. Never does Andi imagine the cruise will lead to the murder of a has-been lounge singer—or that Ruby will be the main suspect.
Flirting with more than danger after arriving in Mexico, Andi connects with the charming local sheriff, Manual Rodriquez. After an embarrassing night involving the sheriff, too many margaritas, and a Mariachi band, a chance to check out an eyewitness to the murder leads her to Las Vegas.
In Vegas, a mysterious meeting in the Bodies Exhibition, a body preserving in the prep-room, and an evasive owner of a dance studio, give Andi clues to help Ruby. But when Andi is mercilessly drugged and locked in a storage room, she realizes dear old step-mom isn’t the only one in jeopardy.

From being rudely awakened to save her less than favorite step-mother from a long jail sentence in Cancun to being rudely awakened while following up on clues in Las Vegas, Andi Anna Jones discovers she is not cut out for the life of a sleuth. While she has skills, she finds herself in mortal danger.On the positive side, Andi does seem to find romance and make connections easily.
Ruby enjoys life, no matter what it throws at her. For some of us, we may feel life might be sending her into some seedier situations. Which means that is where Andi must also travel.
I felt parts of the story were rushed but it made for an enjoyable escape read and sets things up for potential continuation. 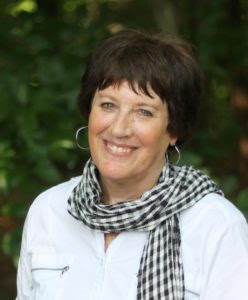 Author, Mary Cunningham, grew on the northern side of the Ohio River in Corydon, Indiana. Her first memories are of her dad’s original bedtime stories that no doubt inspired her imagination and love of a well-spun “yarn”.
Childhood experiences, and a recurring dream about a mysterious attic, inspired characters, Cynthia and Augusta Lee, for her award-winning middle-grade series, Cynthia's Attic.
Through the author’s horrifying stint as a travel agent, protagonist, Andi Anna Jones, travel agent/amateur sleuth, sprang to life. This series gives extra meaning to the phrase, “Write what you know.”
Cunningham is a member of The Georgia Reading Association, and the Carrollton Writers Guild.
When she gives her fingers a break from the keyboard, she enjoys golf, swimming and exploring the mountains of West Georgia where she makes her home with her husband. Together they've raised three creative children, have 2 granddaughters, a grandson, a great grandson, and an adopted, four-legged, furry daughter, Lucy.
Margaritas, Mayhem, & Murder: Andi Anna Jones Mystery #1 will be released NOV 30, 2017 by Imajin Books.   Book # 2 is in process.