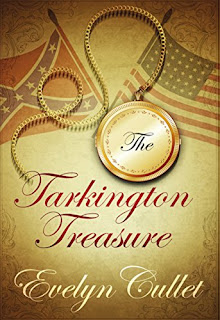 “In the world of logic, it’s always our assumptions that lead us astray.”
A spooky old house, rumors of a hidden Civil War treasure, a neighbor’s murder, and an ex-fiancé falling unconscious at her feet—Charlotte Ross has her hands full when she’s invited to stay at her friend, Jane Marshall’s home while her apartment is being renovated.
Jane and her new fiancé have sold everything to move to the large estate she’d just inherited near the small town in Illinois, where she grew up. She’s always loved the house, but the cost of living in, and fixing up, a deteriorating old mansion is more than both their incomes combined. If she can’t come up with the money for the next property tax payment, she’ll be forced to give it up.
Charlotte is intent on winning back her ex, but her efforts are stymied when he’s suspected of murder.
The two couples soon discover the rambling old house holds more than one secret when they join forces to find the real killer—and the elusive, Tarkington treasure.
How Important is Romance in a Mystery?

Some of our best mystery writers understood the concept of writing about love in a mystery only too well. Agatha Christie for one. There is some aspect of love featured in many of her mystery novels such as, Peril at End House, where the protagonist is jealous of her cousin, because she's going to marry the man the protagonist loves.

Author Dorothy L. Sayers put love in her Lord Peter Whimsey mysteries, when investigator Lord Peter feels an immediate attraction for mystery writer, Harriet Vane, in Strong Poison, and peruses her until she agrees to marry him.

Even Arthur Conan Doyle had his Sherlock Holmes feeling an attraction for Irene Adler in, A Scandal in Bohemia. Although he never intended Sherlock to fall in love with her, he did give the impression that Holmes was undoubtedly enamored of her skill as the only person who was ever able to outsmart him.

I’m not going to compare my writing to any of these classic authors, but I do agree about the importance of adding a love interest or a romantic aspect to a mystery. I think it gives the story heart, and adds to the reader’s enjoyment even well after the puzzle is solved. Love is such an integral part of everyone’s lives, especially if your characters are attempting to begin a new relationship. Romance is a vital part of living with and loving a person, even if they’re only characters in a mystery novel. 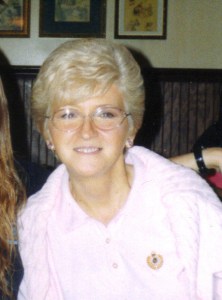 Evelyn Cullet has been an author since high school when she wrote short stories. She began her first novel while attending college later in life and while working in the offices of a major soft drink company. Now, with early retirement, she can finally write full time. As a life-long mystery buff, she was a former member of the Agatha Christie Society, and is a current member of the National Chapter of Sisters In Crime. She writes cozy mysteries with warm romance and a little humor. When she’s not writing mysteries, reading them or reviewing them, she hosts other authors and their work on her writer’s blog. www.evelyncullet.com/blog. She also plays the piano, is an amateur lapidary, and an organic gardener.