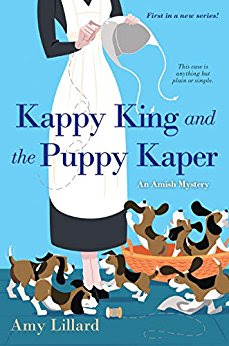 Content to be unmarried and plain-spoken, Kathryn “Kappy” King is an odd-woman-out in the Amish community of Blue Sky, Pennsylvania. But she’s skilled at making the special kapps local women need to cover their hair. And she might be the only one who can unearth the danger hiding in this peaceful valley . . .
When Kappy's neighbor, Ruth Peachey, turns up dead in her yard, everyone in Blue Sky believes it’s a tragic accident. Until the Englisch police find the gentle dog breeder was deliberately struck down—and arrest her mentally-challenged son, Jimmy, for the crime . . .
Jimmy’s sister, Edie, returns to Blue Sky clear his name, yet no one will speak to a shunned former Amish woman, much less give her information. Determined to help, Kappy starts digging for the truth among her seemingly-innocent neighbors. But suddenly a series of suspicious “accidents” threatens Edie and the Peachey farm—property Edie is determined to protect for her brother’s future.
Now, as danger looms large in the small community, Kappy must bait a trap for a killer snapping hard at her heels. And Edie must decide whether to make a home once more in the town she thought she’d left behind . . .

A delightful combination of cozy mystery and Amish romance. Surrounded by the simplicity and beauty of an Amish community and overlapped with strange ways of the Englisch.
Kappy King doesn't quite fit in. She was raised b a single aunt who also never quite fit in. Her aunt was the official kapp maker and now it is Kappy's place in the communityJimmy lives across the road and in some ways seems simpler than most. He has a sister who decided not to remain Amish, so when his mother dies he is all alone with her assortment of animals.Being forcefully questioned by the police, they claim Jimmy has confessed and take him to jail for his mother's murder. No one believes Jimmy can be guilty but unless Kappy and sister Edie can find real clues, it seems the police aren't looking for a true murderer.I enjoyed the way two people who felt they did not fit in could become friends.The romance did not detract from or overwhelm the mystery aspects.Even under the strain of solving a murder, saving Jimmy and discovering motive, there is subtle humor in the dialogue. 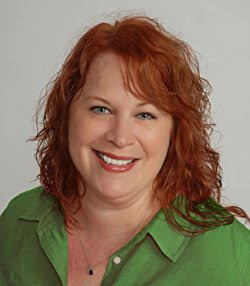 Amy Lillard is the award-winning author of more than twenty novels, including the Wells Landing series, The Quilting Circle

and the Kappy King Mysteries

. Born and raised in Mississippi, she now lives with her husband and son in Oklahoma. Please visit her online at www.AmyWritesRomance.com.
Author Links:
Purchase Links