The light and the dark were never meant 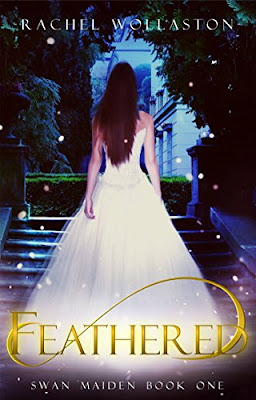 When her bargain with a malevolent wizard goes terribly wrong, Marion DuVal finds herself trapped between two forms: a beautiful but darker parallel of herself, and a swan. Somehow, she must adhere to the wizard’s wishes, but it’s hard to perform epic magic when your feet are flippers and your neck’s the length of a small fishing pole. Caught up in a lie of royal proportions, her task is to get close to the queen, and such a thing is difficult when a certain handsome prince keeps getting in the way.
One girl; two identities. Marion must stop the darkness inside her before it’s too late.

Based on the classic tale of Swan Lake.

I move to sit up but my limbs feel off-kilter. Since waking, I’ve known something is wrong with me. I don’t know what, but something’s happened to my body. It takes me a few minutes to work up the courage to look down, and when I finally do, I’m greeted with a shock that nearly kills me for the second time today.
I scream. I want to run. But it’s hard to escape when the only thing you’re running from is yourself.
In place of my arms, white, feathered appendages stretch out to my sides: wings. And where my feet once were, orange flaps of rubbery skin now take their place. I appear to be some kind of . . .
“Ah, Princess. I see you are awake.”
My eyes—feeling strangely out of proportion on my new face—narrow at the familiar voice. Only one person I know uses that nickname.
“Elward,” I say. Well, that’s what I mean to say, but what comes out is more of an angry honk. “I should’ve known you’d be behind this.” I still have little control over my new body, but manage to turn my head towards the man in the velvet waistcoat. His face is twisted into the same smug smile he gave me at the guillotine. He understands my animalistic noises just fine.
“Behind what?” He raises a straight black eyebrow. “I believe I have just saved your life, Princess.”
“By doing what?” I squawk back. “Turning me into some sort of . . . duck?”
Elward rubs at the stubble on his chin—a gesture I’ve always despised. I wish he wasn’t so young—then I might hate him a little less. As it is, our proximity in age only heightens my dislike for him. To think I might have anything in common with the sorcerer is enough to make me want to retch.
“The term, my dear, is swan. There is a big difference. I transferred your soul into its body. I found it dying on the bank. Some sort of heart disease, I think. Be thankful it wasn’t a skunk I saw first.”
“You turned me into a swan?” I blink. “A dying swan?”
If I still had hands, they would be clawing through my hair by now. Well, feathers. Curses, has my whole identity been stripped from me? 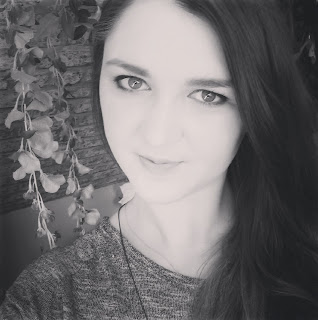 Author Bio
Born and bred in Gloucestershire, UK, Rachel Wollaston is a huge lover of all things fantasy. From an early age, her dream was to be a fairy, but the pay was no good, so she decided to become a writer instead. A Creative Writing student, Rachel is the author of young-adult fantasy and loves to build worlds that she wishes she could be a part of.
Besides writing, Rachel also enjoys a range of other artistic hobbies, including dancing, drawing, and an unhealthy amount of arts and crafts. You will almost always find her with a cup of tea and a cat watching old ‘70s comedies.


https://www.pinterest.co.uk/author_rachelew/
Posted by Laura S Reading at 12:00 AM