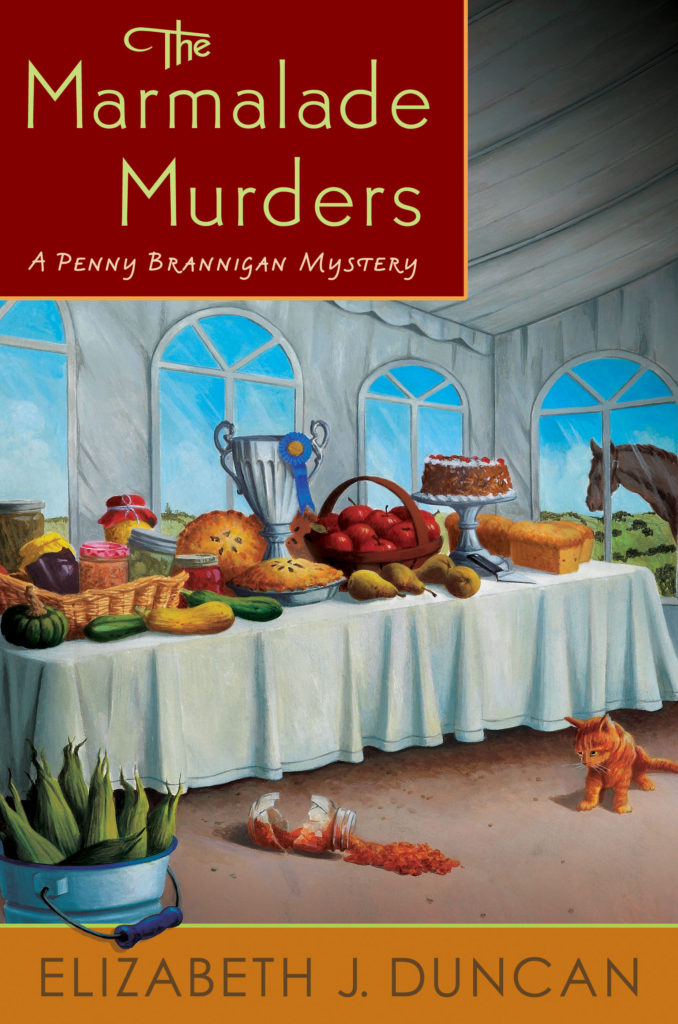 The latest book in an award-winning mystery series, celebrated for its small-town charm and picturesque Welsh setting and starring amateur sleuth Penny Brannigan.
The competition is friendly and just a little fierce at the annual Llanelen agricultural show as town and country folk gather for the outdoor judging of farm animals and indoor judging of cakes, pies, pastries, chutneys, jams and jellies, along with vegetables, fruit and flowers. But this year, there’s a new show category: murder.
Local artist, Spa owner, and amateur sleuth Penny Brannigan agrees to help with the intake of the domestic arts entries and to judge the children’s pet competition on show day. When the president of the Welsh Women's Guild isn’t on hand to see her granddaughter and pet pug win a prize, the family becomes concerned. When a carrot cake entered in the competition goes missing, something is clearly amiss.
A black Labrador Retriever belonging to the agricultural show’s president discovers the body of the missing woman under the baked goods table. A newcomer to town, a transgender woman, is suspected, but amateur sleuth Penny Brannigan believes her to be innocent. She sets out to find the real killer, but when a second body is discovered days later, the case is thrown into confusion, and Penny knows it’s up to her to figure out what happened—and why.

Penny and Victoria run a “spa” in a smaller community in Northern Wales, so they think they know most of the residents and much of the gossip. Although not being born there, Penny is still considered an outsider after thirty years.  The annual agricultural show is like our county fairs, in the U.S. and is dependent on many, many volunteers.
Not being the "handiest" homemaker, Penny is recruited to be a children's pet judge and for the simple task of receiving food items for judging.  These seemingly innocent activities throw Penny and friends into the center of the action - including a murder and a money mystery and the most dysfunctional family we've seen (or read about) in a while.
The writing is descriptive and beautiful and makes me long for summer days and fall harvest events.
The characters are fascinating and their relationships tangled together.
This was a lot of fun to read although the food descriptions probably added a few pounds to my own waistline!