Picked Off (A Brie Hooker Mystery) by Linda Lovely 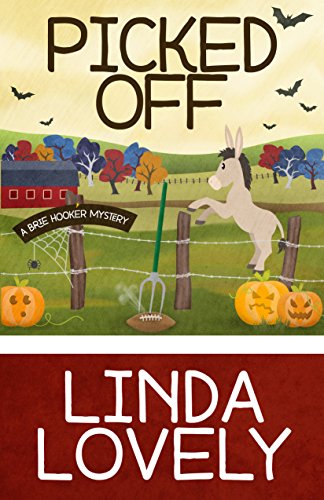 Picked Off (A Brie Hooker Mystery) 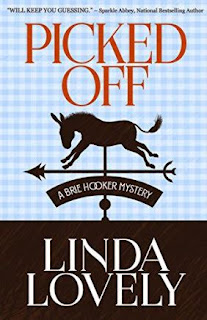 It’s been seven months since Brie Hooker, a vegan, moved to Udderly Kidding Dairy to live with her feisty Aunt Eva, a confirmed carnivore.
But tonight there’ll be no family feud over dinner entrees.
Udderly’s hosting a campaign fundraiser for Eva’s best friend, who hopes to be South Carolina’s next governor. The candidate’s son, a pro quarterback, is flying home for the wingding. And Brie’s eager to get a close-up view of the cute tush she’s admired on TV, even though she’s reluctantly sworn off even more tempting local beefcake.
The campaign fundraiser promises to be a huge success until a pitchfork attack turns the goat farm into a crime scene—again.
To protect her friends, Brie puts her sleuthing skills to work. Will she live long enough to find out who’s behind a vicious assault, a kidnapping, blackmail, and murder?

My favorite time of year! The Halloween season is upon Udderly Kidding Dairy, along with election season. Brie Hooker and her Aunt Eva are dead center in all the activities.
When a famous football star is attacked in the haunted barn and his mother, the candidate, goes missing Brie and friends (yes, just friends, for now) take it upon themselves to find out who and why, along with what makes Zack's phone so important.
The animals are not as involved in this book as the previous one, but the humans are acting like animals! The story twists and tangles, making everyone question if and how the assaults are related. The action moves forward at a terse, tense, quick pace. It gently focuses on some adult issues but the writing is not graphic, so as to offend. You can read this as a stand alone mystery.
I loved some colorful phrases and hope I find occassion to use them myself.

I can't wait to see where they all go from here. Brie may be the main heroine, but Mollye sometimes steals the spotlight. 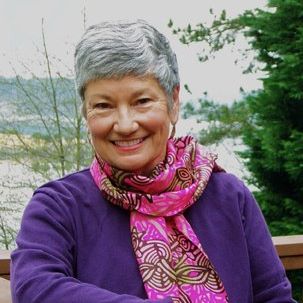 Linda Lovely finds writing pure fiction isn’t a huge stretch given the years she’s spent penning PR and ad copy.
Linda writes a blend of mystery and humor, chuckling as she plots to “disappear” the types of characters who most annoy her. Quite satisfying, plus there’s no need to pester relatives for bail.
Her newest series offers goodnatured salutes to both her vegan family doctor and her cheese-addicted kin.
She’s an enthusiastic Sisters in Crime member and helps organize the popular Writers’ Police Academy.

When not writing or reading, Linda takes long walks with her husband, swims, gardens, and plays tennis.