Barnabas Tew, a detective in Victorian London, is having a hard time making a name for himself, probably because most of his clients end up dead before he can solve their cases. 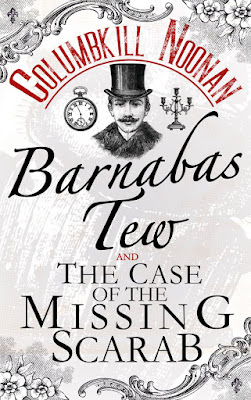 His luck is about to change, though, for better or worse: Anubis, the Egyptian god of the dead, notices him and calls him to the Egyptian underworld. A terrible kidnapping has occurred; one that promises to put an end to the status quo and could perhaps even put an end to the entire world. It is up to Barnabas (along with his trusty assistant, Wilfred) to discover the culprit and set things to right. Can he turn his luck around and solve the most important case of his life?
Purchase Link - mybook.to/Barnabas


My Thoughts: I honestly can not say exactly how I feel about this book. Barnabas Tew does not give up easily. After having been a mediocre detective, doing his best to solve cases ala Sherlock Holmes, for over ten years, he gets his break in a most unusual fashion.
I do believe this is the first series I have read where the protagonists had to die early on in order to follow their destinies. It has action, danger, adventure, humor, romance and overall silliness. It reminded me of the old Laurel and Hardy movies I watched as a child.I can't say I was overly fond of the main characters, but sort of a like a train wreck or bad car accident, maybe a raging fire, it became a spectator event I could not turn away from.Based on Egyptian mythology, with a lot of back and forth bickering and some repetition that can become annoying, I could see this as a YA read.Since I was given the opportunity to read the second book immediately after the first, I did continue on. As you may read in my review of that book, I did notice parallels between the two. 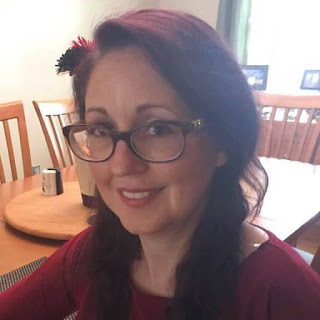 Author Bio – Columbkill Noonan lives in Baltimore, Maryland, USA, where she teaches yoga and Anatomy and Physiology.  Her work has appeared in numerous anthologies and magazines. Her first novel, “Barnabas Tew and the Case of the Missing Scarab” by Crooked Cat Books, was released in 2017, and her latest work, “Barnabas Tew and the Case of the Nine Worlds”, is set to be released in September 2018.
In her spare time, Columbkill enjoys hiking, paddle boarding, aerial yoga, and riding her rescue horse, Mittens. To learn more about Columbkill please feel free to visit her website (www.columbkill.weebly.com), on Facebook (www.facebook.com/ColumbkillNoonan) or on Twitter (@ColumbkillNoon1).
Social Media Links –  Facebook: https://www.facebook.com/ColumbkillNoonan/
Twitter: https://twitter.com/columbkillnoon1?lang=en