Murder in the Cards 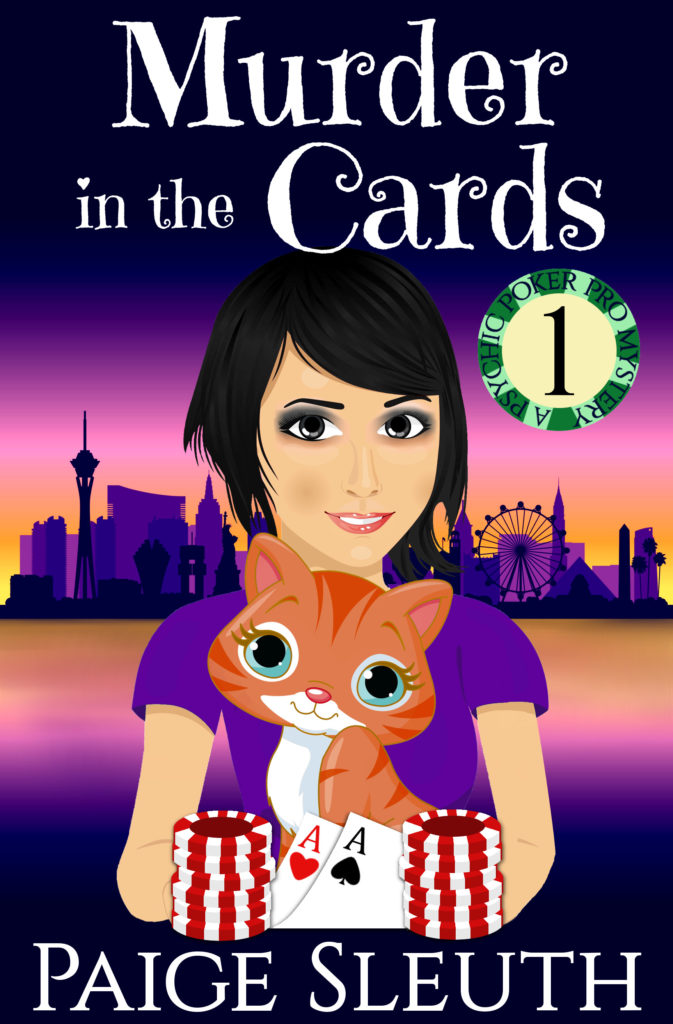 Tiffany Swanson is finally living the dream when she quits her stressful job to become a poker pro. Except her dream job doesn't turn out to be so perfect when she picks up the troubling vision of a murdered man from one of her opponents. Even more disturbing, Tiffany didn't know she was telepathic.
Before long she finds herself spending more time investigating a homicide than playing cards. But with an entire wedding party to suspect and only one weekend to pinpoint the guilty party, how will Tiffany ever figure out "whodunit" in time?

Psychic visions are not something everyone believes in, but once you have one yourself it is difficult not to. Tiffany Swanson decides to give up her steady paycheck and become a professional poker player, much to her parents dismay. Her mother has a different idea, that if Tiffany wants to work for herself, perhaps she can be a psychic like Aunt Tuna.
Tiffany doesn't believe she herself has any psychic abilities. It comes as a major surprise when she literally bumps into a man and sees a vision of a dead body. Suddenly she finds herself in the middle of a murder investigation.
This seems to be a variation on a closed house mystery with only members of the wedding party being suspects.

Paige Sleuth is a pseudonym for mystery author Marla Bradeen.
She plots murder during the day and fights for mattress space with her two rescue cats at night.
When not attending to her cats' demands, she writes.

She loves to hear from readers and welcomes emails at paige.sleuth@yahoo.com.


As part of Paige Sleuth's third annual "Buy in July" event, $1 from every Paige Sleuth book purchase (excluding ebook purchases of Murder in Cherry Hills) will be donated to the Community Cat Coalition of Clark County (C5).
C5 is a volunteer-powered organization that seeks to reduce the number of cats euthanized every year by trapping and spay/neutering feral cats in the Las Vegas area before releasing them back into their communities.