Tail of the Dragon by Connie di Marco


Tail of the Dragon San Francisco astrologer Julia Bonatti never thought murder would be part of her practice, but now, Julia’s former boss and current client has asked for help. He has serious problems at his law firm. Two attorneys and a paralegal have received death threats and the only common denominator between all three is a case long settled — the highly publicized Bank of San Francisco fire. Julia’s convinced a woman is behind the threats, perhaps even the widow of the man who died in that same fire, but no one wants to listen — they can’t believe astrology could provide a clue. Before Julia can help her client, two lawyers are dead and her own life is threatened. Can she unmask the killer before he (or she) takes another life?

I have read each of the books in this series so far and hope it goes on for many more.The characters, the pace of the story unfolding, and oh the emotional results of getting drawn into the story!Julia is called back to her former position at a law firm, presumably to fill in for a vacationing secretary. It seems her previous boss may have something else on his mind but before anything is spelled out tragedy strikes! There may be a lot of people who feel lawyers deserve to suffer but murder is never justified. Whoever killed one of the firms top attorneys seems to have targeted specific people and given them "fair warning."This plot is a mix of old and new cases, both for the law firm and for Julia, herself.We learn more about the various characters as different parts of the plot blend together.Not to give anything away but I want to reassure you, the cat is fine during whatever happens.Inbetween Julia's various activities and investigations the reader also gets a vivid tour of historic San Fran neighborhoods. Whether you believe in Astrology and natal charts and planets aligning affecting behaviors or not, the astrology aspects of the book were intriguing. I wish we had shops such as The Mystic Eye closer to where I live.Lawyers and mystics and fortune tellers, shop keepers, artists and smarmy potential dates, Connie di Marco has a way of making them all seem fully dimensional and in full color.Julia can't seem to keep trouble from tailing her, even in her dreams. 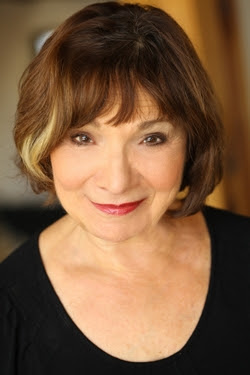 Connie di Marco is the author of the Zodiac Mysteries from Midnight Ink featuring San Francisco astrologer Julia Bonatti. Tail of the Dragon, third in the series, will be released on August 8, 2018.
Writing as Connie Archer, she is also the author of the national bestselling Soup Lover’s Mysteries from Berkley Prime Crime. You can find her excerpts and recipes in The Cozy Cookbook and The Mystery Writers of America Cookbook. Connie is a member of MWA, Sisters in Crime and International Thriller Writers.