Akea – The Power of Destiny by Elizabeth Jade 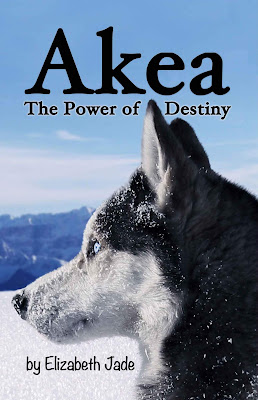 Akea – The Power of Destiny

Akea is born into a family of sled dogs and a life that follows a predictable path, but from the day she first sees the lone wolf, Kazakh, Akea knows her future lies beyond the safety of her home. Kazakh is well aware of Akea's destiny and the pack laws he will break to help her reach it. Regardless of the challenges ahead, he must make sure this young husky will be ready, even if it means his life.

A short yet satisfying tale about finding your own destiny and being true to your nature.Akea was special from the moment she was born. She had obstacles to overcome but she never gave up. 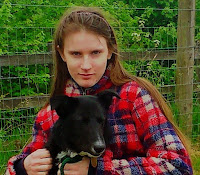 Elizabeth Jade was born in North Yorkshire, England, in 1998 and moved with her family to Wellington when she was very young. Her early schooling did not go smoothly and she began home schooling at the age of 7.
She stumbled into writing at the age of fourteen when she began to struggle with depression and anxiety, and quickly found her story ideas pouring out faster than she could get them onto paper.
It wasn’t until the age of eighteen that she realised her struggles in school had been due to Aspergers Syndrome (an autistic spectrum disorder).
She has always had a passion for animals and has volunteered at various animal rescues, so it seemed only natural that her stories would revolve around them.