TO BEAD OR NOT TO BEAD 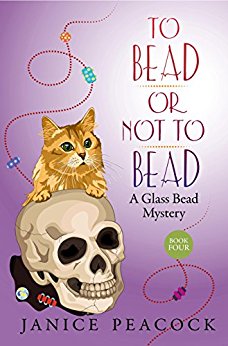 To Bead or Not to Bead (Glass Bead Mystery Series)

When a wealthy theater owner is killed by a falling art glass chandelier, glass beadmaker Jax O’Connell’s boyfriend, Detective Zachary Grant, quickly determines it was no accident. Jax and her friend Tessa try to carry on with a charity fashion gala at the theater, but with only a few days before the big event, they have to scramble to keep things from falling apart. The emcee quits, and to make matters worse, Tessa’s daughters are suspects in the murder. As the chaos unfolds, Jax discovers new suspects at every turn, including an edgy glass blower, an agoraphobic socialite, and a hunky former-cop-turned-actor. Can Jax piece together the clues to find the killer and uncover the dark secrets behind the victim’s family or will it be curtains for her? 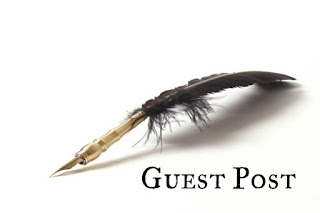 My Notorious Brain
I recently had an event at the local library to celebrate the release of my latest book, To Bead or Not to Bead.  I was more than a little nervous—worried no one would attend, worried the audience would asked questions I couldn’t answer, worried I’d spill dinner on my dress before having to go in front of a crowd, assuming there was one.

I’m a worrier.  I don’t like to admit it, but it’s true.  And while I’ve been told many times that worrying is not a productive way to use my brain, it’s a hard habit to break.  And, is it a habit, or is it simply how some of us are wired?
I’m not sure, all I know is that my brain loves to get ahold of a thought and chew on it until I’ve thought of all the worst outcomes.
When there is nothing current on the horizon, my brain often chooses something from the past to ruminate about.  This isn’t worrying, per se, but it has the same effect—a brain, and by extension, a person who is thinking negative thoughts.  This tendency becomes especially evident when I’m idle: sitting in traffic, waiting on the telephone while on hold, or standing in line at the coffee shop.

What I discovered a few years ago is that I can use this feature of my brain to my advantage when I am writing.  I can replace the wool-gathering with thoughts of murder.  You wouldn’t think that was good thing, right?  But, yes it was, and still is.
What I discovered, to my delight, is that I could replace all that negative junk floating around my brain with thinking about new plots, characters, and settings for books.  I re-focused my brain and made it productive.
Standing in line, I can look around at the faces of the others and think, “oh, she’d make a good villain,” or “he’d be a nice neighbor for my new protagonist.” What I’ve found is that as long as I sit down at the computer and write down my ruminations, all of that lost time becomes productive. And, it relieves me of some of my more annoying thought patterns.

This new way of thinking has had an tremendously positive effect in many aspects of my life.  Who knew that writing could make me feel better, think better, be better?  I suppose a lot of people know that, but for me, I have taken something that wore me down—this over-active brain of mine—and turned it into a asset.  It’s got me looking at other aspects of my life. What other bad habits I could turn around and make into something better?
Maybe this is like home renovation, once you fix up the kitchen, the living room looks shabby, so that becomes the next home improvement project. So far I’ve not found anything positive that will help with my propensity to procrastinate or my messy desk adrift in flotsam and a heavy dose of jetsam.

Now, to finish, I must say that my book event was a success.  I had twenty people in the audience, the majority of whom had not read any of my books. That was fantastic because it meant I’d have the opportunity to make twenty new fans.  The audience members had lots of great questions, and the hour for the program flew by. All my worrying was for not. That is, until the facilities manager showed up and told us we had to be out of the library in fifteen minutes because it was closing!
I quickly sold and signed several books, and we whisked everyone out the door.  Then we packed the books and snacks I’d brought and broke land speed records to get to my car before it was locked in for the night.

Whew!  We made it, and I didn't even have time to worry about it.  Perhaps I can use that in my next novel.

I admire how clever authors can be when relating a book title to the story within. Being a theatre geek and loving all creative crafts, I knew this series, especially this book, was calling to me.
I am not reading this series in proper book order but it does not seem to be making a difference.
The characters are appealing and the situations Jax finds herself in are engaging and curious.
While Jax is involved in a romantic relationship, she is still free enough and alive enough to be open to possibilities around her. Sometimes that adds to the humor in each book.
The book has a wonderful combination of humor and romance and danger and above all, mystery.
Theatres have always had an air of mystery about them, particularly with superstitions, history and certain plays. In this book something is always happening!
Usually you have the official detectives pushing the amateur sleuths away from investigating.
Zachary seems to be wavering between asking for Jax's insider help and desiring to keep her safe.
One rule of writing a cozy mystery is never to kill off a well liked character. I did not hate the victim and it seems he did some philanthropic behaviors. Were they a smokescreen or was he as much in the dark as many around him? The person I really did not care for was the person in charge of HAT. You will have to read and decide for yourself.
If you have done any volunteering, you know how easy it is to get involved in over your head and for a simple job to take up far more time, and occasionally muscle, than anticipated. For Jax, this event begins to involve more and more of her friends and neighbors. It was fun to get to know more about the extra characters of this series. And Gumdrop as well. There are a lot of different personalities here.
A fun book to escape into with plenty of motives for harm and misdirection everywhere. 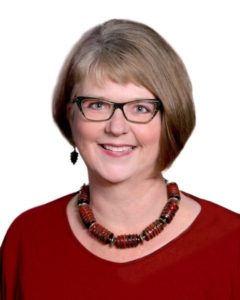 Janice Peacock decided to write her first mystery novel after working in a glass studio full of colorful artists who didn’t always get along. They reminded her of the odd, and often humorous, characters in the murder mystery books she loved to read.
Inspired by that experience, she combined her two passions and wrote High Strung: A Glass Bead Mystery

When Janice Peacock isn’t writing about glass artists who are amateur detectives, she makes glass beads using a torch, designs one-of-a-kind jewelry and makes sculptures using hot glass.
An award-winning artist, her work has been exhibited internationally and is in the permanent collections of several museums.
She lives in the San Francisco Bay Area with her husband, two cats, and seven chickens. She has a studio full of beads...lots and lots of beads.