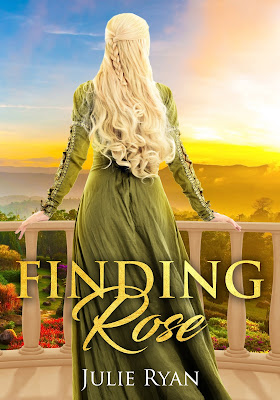 When three sisters, Ginny, Sally and Molly are brought together at their father’s hospital bed, they are forced to confront not only the prospect of a future without him but also the secrets of the past that have kept them apart.
Their father, Eddie Matthews, drugged up on morphine, seems to be rambling but could he in fact be reliving previous lives as a Tudor monk and as a soldier on the Front in WWI? Struggling to speak he reveals that he has a secret and urges his daughters to ‘Find Rose’. Can the sisters put aside their differences to fulfill his last wish?

“So, how is he today?” Sally asked the nurse.
“Bit of a rough night but as you can see, he’s quite comfortable now. He might be out of it a bit when he wakes up because of the morphine. Oh, and he keeps asking for his brother, William. Do you know if he would be able to visit?”
Sally looked at the nurse, confused, “Oh he hasn’t got a brother.”
“Probably the effects of the morphine then; nothing to worry about. You’ll find a lot of what they say at this stage doesn’t always make a lot of sense.”
The nurse was busy so Sally took the opportunity to grab a coffee whilst her dad dozed.
She made her way up to the top floor where there was a very nice café. As she nursed her cappuccino, the nurse’s words kept ringing in her ears. How odd that dad was asking after a brother. As far as she knew, the only William in the family was her grandfather, her dad’s dad, and he’d died when she was a baby so she had no recollection of him at all. What if there’d been an older brother though, named after him? That would make sense as people often named the first son after the father. Odd that nobody had ever mentioned it before if there was a brother. She finished her drink and put it to the back of her mind. The nurse was probably right and the drugs were making his mind wander. He was no doubt thinking about his own dad.
Hearing her phone ring, she checked to see who was calling. They didn’t seem to mind you having phones on in this hospital, as long as they didn’t need to use any sensitive equipment. Even the nurses used them on the quiet. She glanced at the handset, pleased to see her husband Damian’s name flash up.  With three kids and her father in hospital, she really needed his support now more than ever.
“Hi babe,” she began.
“Hiya.”
There was a pause before he continued, “How’s your dad?”
“Not much change to be honest. They don’t know if he’s got days or weeks …look, about last night, I’m sorry if I snapped.”
“I’m not ringing about last night.”
“Oh?”
“Things are just not working out between us , babe.”
“I know I’ve been a bit short-tempered lately but I’ve apologized for that. I’m on edge all the time because my dad is bloody dying..”
“I think we need a bit of time apart. Time to take stock.”
“What, you mean a kind of trial separation?’
“I’m sorry babe but I’m moving out. In fact, I’ve taken most of my stuff this morning.”
Sally felt her stomach turn to ice as he dropped the bombshell. It was clear that it wasn’t a spur of the moment decision. If he’d taken his stuff then he already had a place to stay.
“Could we at least talk about this? What about the kids?”
“I’ll come round at teatime, okay?”
Before she had time to reply, he’d hung up. It seemed as if he’d moved on as well as moved out she thought. He hadn’t said he’d be home at tea time, rather he’d come round.
Admittedly she’d been distant of late. It was the only way she could cope but she had had no idea that things were quite so bad. She crossed her fingers hoping that he’d come to his senses and this was just a temporary blip in their marriage.
As she went back onto the ward, she saw that both her sisters were in attendance, one at each side of dad. Neither of them looked at the other and the hostility between them was palpable. She took up her usual position at the foot of the bed as she tried to put a brave face on things and pretend that everything was alright.. She knew that if Ginny mentioned one more time that she shouldn’t cry in front of dad, she would end up doing just that. Whereas she was emotional, Ginny was detached and totally in control. Molly was the dark horse. You never quite knew where you were with her.
“He’s been rambling again, Molly said, “something about the bin men being early.”
“The nurse did say that might happen after the drugs they gave him if you remember,” Sally replied.
“Right well, how about we grab a coffee?” Ginny said.
“You two go if you like, I’ve just had one.”
“I’m ok too.” Molly replied somewhat abruptly, then added, “I’m off to the loo,”
“As the two of them left, a sense of peacefulness came over the room, broken only by the raspy sound of dad breathing and the electronic hum from the machines. Sally settled down with a book. So far, she’d read the same page three times, unable to really focus on the words. She put the book down and gazed out of the window over the rooftops of the different hospital buildings. Just then the hydraulic bed gave a hiss of escaping air,
“Bloody bin men,” dad muttered in his sleep.
Sally couldn’t help smiling to herself. Dad still had all his marbles it seemed. No doubt the morphine did mean he was a bit out of it but she could see now that the hydraulics used on the bed to prevent bed sores did sound just like the bin men lifting the bins up on the hydraulic lift. She held his hand, stroking the back of it lightly, wondering for just how much longer she’d be able to do that.

Told from various viewpoints and over several different time periods, this is a wonderful tangled tale about a family mystery. The present day viewpoint centers around three sisters sadly awaiting the passing of their father. Life has taken each of them down different paths but present moment's events cause them to spend time in each other's company.
Told with great compassion and emotional turmoil, this story will draw you in, each time period having its own appeal.
Elements that connect the time period include the name Rose and a special emerald ring.
This book will be fascinating to readers of historical fiction, women's fiction, family dramas, and mysteries. It was hard to put this book down.  I really enjoyed it very much. 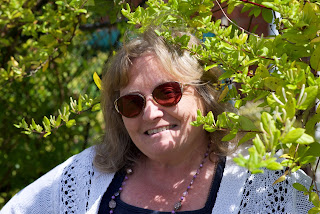 Julie Ryan’s roots are in a small mining village in South Yorkshire. After a degree in French Language and Literature, wanderlust kicked in and she lived and worked in France, Poland, Thailand and Greece. Her spirit enriched, her imagination fired, Julie started a series of mystery romances, thrillers set in the Greek Isles.

In a new venture, Julie's latest book is a contemporary novel with a strong historical element encompassing both the Tudor Court and the battlefields of WW1. ‘Finding Rose’ was inspired by her grandfather’s story and by losing her own father.

A prolific and well-known book review blogger, Julie does her writing and reviewing from rural Gloucestershire, where she lives with her husband, son and dippy cat. An absolute bookaholic, she will soon be looking to relocate to a mansion on the scale of Buckingham Palace.