A Lion is Not Just For Christmas by Henriette Gyland.

A Lion Is Not Just For Christmas
Is there life after the circus has left town? 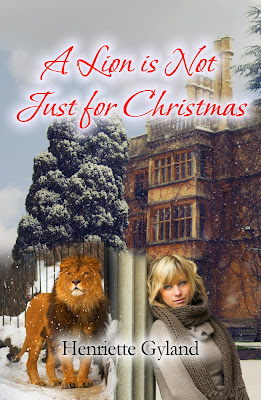 Circus performer Justine Belmont works with big cats, but when the circus is disbanded and the old lion is sold to a private menagerie at a stately home in Norfolk, she is asked to spend a few weeks settling him into his new environment. When she arrives at the estate, however, she receives a mixed welcome.

The groundsman Tom Yates resents her presence as he doesn’t feel he needs her help with the lion. He revises his opinion when he sees the bond between her and the big cat, and she and Tom grow closer, although Justine remains torn about her feelings for him. The lady of the house, Priscilla - who is married to the reclusive owner, Lord Brooks’s, grandson - is not so easily convinced. She perceives Justine as a threat for the male attention and her plans for the manor. And her two young daughters are a little too curious about the lion for their own good.

When unsettling events occur, Justine begins to wonder if there is more to Priscilla’s animosity than meets the eye. Can Justine keep herself and everyone else safe until it’s time for her to leave again and start a new life elsewhere?

Decked out in an off-season, holiday cloaking, this is a story about family and following your dreams.Beginning with a circus setting, their season is coming to a close. As finances are dwindling and times are changing, it turns out major changes will be happening.The star lion, Rexus, is being retired and sent to live at a sort of sanctuary. This sanctuary also seems to be on hard times. The family running it also is having some personal issues and changes are coming. Staying with Rexus, to get him acclimated, is the trainer's daughter, Justine. She is NOT what the sanctuary estate was expecting.Populated with charming characters and dealing with emotional issues, there is even a mystery included.Romantic as well as heart worming, this is a story with dangerous adventure as Justine must discover her own truth and her future dreams. 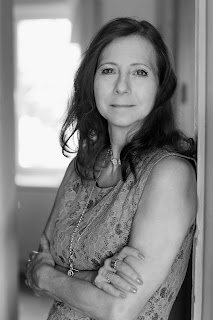 Author Bio –
Henriette Gyland grew up in Northern Denmark but moved to England after she graduated from the University of Copenhagen. She wrote her first book when she was ten, a tale of two orphan sisters running away to Egypt, fortunately to be adopted by a perfect family they meet on the Orient Express.

Between that first literary exploit and now, she has worked in the Danish civil service, for a travel agent, a consultancy company, in banking, hospital administration, and for a county court before setting herself up as a freelance translator and linguist. Henriette recently began to pursue her writing in earnest winning the New Talent Award in 2011 from the Festival of Romance and a Commended from the Yeovil Literary Prize.