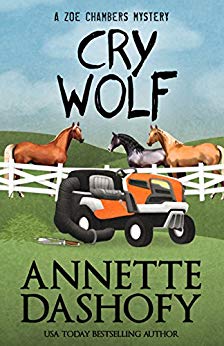 Rural Pennsylvania’s Vance Township Police Chief Pete Adams is down an officer and has been dealing with extra shifts as well as a pair of bickering neighbors, one of whom owns a machete and isn’t afraid to use it.
Golden Oaks Assisted Living is outside Pete’s jurisdiction, but a murder in the facility his Alzheimer’s-afflicted father calls home makes the case personal.
Paramedic and Deputy Coroner Zoe Chambers has been itching for an opportunity to take the lead in a death investigation. She gets her chance when her boss is hospitalized and not only assigns her to the Golden Oaks homicide but puts her in charge of the county coroner’s office.
As if she doesn’t have enough to handle, a long-lost, over-protective, older half-brother walks into her life threatening to drive a wedge between her and the man she loves.
A second dead body leads them to realize the case may have dark ties to a distant past…and if Zoe doesn’t untangle the web of lies, Pete will be the one to pay the ultimate price.

This can be read as a stand alone but you may appreciate the characters more if you have been introduced to them in previous books of this series and have seen their growth. You will especially get a better understanding of the relationship between Zoe and her mother.
The book begins on a full moon evening along with all the zany calls police and medical personnel receive. A good portion of the action also relates to the Golden Oaks Assisted Living facility where the police chief's father resides. Although Harry has some less than lucid moments, he is convinced that weird things are happening in his "hotel." People seem to be dying quite regularly.
This time, the person who dies is a retired cop with ties to Pete, the police chief.
There are other secrets and weird behaviors that pop up on a regular basis throughout the book. Never a dull moment. And no rest for paramedic Zoe who must cover for an ill coroner, care for her horses on a farm that really isn't, assist Pete and detective Wayne with hours of investigation and more. Out of the blue she also gets a phone call that leads her to believe she has an elder sibling she has never heard about.
Danger and emotional turbulence abound. It can not all be blamed on the full moon. 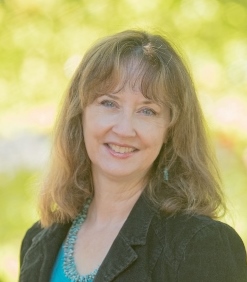 Annette Dashofy is the USA Today best-selling author of the Zoe Chambers mystery series about a paramedic and deputy coroner in rural Pennsylvania’s tight-knit Vance Township.
CIRCLE OF INFLUENCE

was nominated for the 2015 Agatha for Best Contemporary Novel.