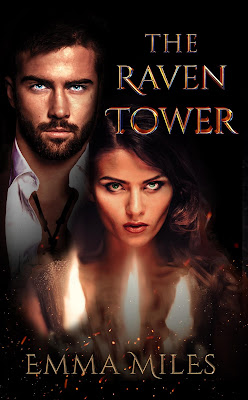 What price will Kesta and the fire-walkers have to pay to keep their people from enslavement? The raids were more ferocious, more desperate and much earlier in the year. When Kesta sees in the flame who is really behind the attacks the Independent islands of the Fulmers seem doomed to fall. Their only hope is to cross the sea to seek the help of the King of Elden and his sorcerer, the Dark Man.

In this extract the reader is first introduced to the Character Osun, a merchant in the land of Chem who has a lot of secrets.

Osun sighed and turned his head to look at the woman next to him. She had her back to him with one small rounded shoulder above the blankets and appeared to be asleep; but he could never be certain. As quietly as he could he slipped out of the bed and stooping under the sloping fabric of the tent, slipped his robe over his head. The sharpness of the air hit him as soon as he lifted the flap and he snatched up a lantern and hurried to the wagon. A lock of his long, black hair was blown across his eyes and he impatiently pushed it away. The bullocks were hobbled nearby and one of them snorted at him in the darkness. He placed the lantern on the floor of the wagon and clambered inside, wincing as the pendant around his neck seared his skin a second time.
‘I’m coming!’ he said through gritted teeth.
He went to one of the chests and taking out a large flat obsidian bowl, he filled it with water; then from the flask that nestled beside the bowl he let three small drops fall. He reached beneath his robe, grasped the blood-red amulet, and clenched it in his left hand as he held the lamp high with his right and peered into the water. It began to cloud as the dark droplets dissolved and then cleared to show the face of a man with startling eyes.
‘Yes, Master?’
The reply came not from the bowl but from the amulet in his fist, the deep timbre of the voice vibrating in the bones of his fingers.
‘What do you know of raids against the Fulmers? Why have I not heard of this before?’
Osun shook his head. ‘Master, I know nothing of such raids. Rumour has it that all the islands of the Borrows have now been conquered but there has been no word of the Fulmers.’
‘All of the Borrows? You’re sure? Why haven’t you contacted me before now?’
Osun couldn’t help but flinch back from the water. ‘Master, I am yet two days outside of Margith where I can gain certain news; I didn’t want to furnish you with false information. Let me speak to the other traders there and listen in at the temple; I will confirm the truth as soon as I am sure it is truth and not rumour.’
‘Very well. You’re sure you’ve heard nothing of plans to attack the Fulmers or Elden?’
‘Elden! Gods, no! I’d have told you at once! You think that is their intent?’
There was a long silence.
‘See what you can find out in Margith. You’ll contact me within three days?’
‘Yes, Master.’
The water seemed to thin, and the image of the man vanished. Osun rocked back on his heels and put down the lantern. Even after all these years, travelling to Margith made him nervous; too many priests, not to mention the fact it was the ruling seat of one of the necromancers. At least his master had not asked him to go into the palace! 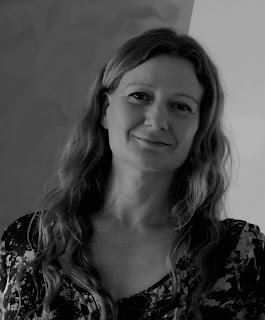 I presently live in the stunning county of Dorset where I’m a cat slave to Wolfe and Piglitt I spend as much time as I can outside in nature and love exploring and learning about new cultures and languages. I’ve visited Greece, Serbia, Transylvania, Sicily and Norway as well as making several road trips around our beautiful United Kingdom. I paint, sculpt, dabble in photography and do a little archery but most of all – whenever I get a chance – I write.
My writing started from a very young age when I often found myself being the one taking charge of and entertaining all my younger cousins. They loved to hear my stories and although they mostly called for ghost stories it was fantasy I fell in love with when I read The Lord of the Rings when I was ten. I went on to write stories and short ‘books’ for my friends through school and college; then one evening whilst I was waiting for my aunt and uncle to visit an image came to my mind of a boy sitting beneath a bridge. I didn’t know who he was or why he was there, but from exploring those questions ‘The Wind’s Children’ trilogy blossomed and grew with roots going back into his far history as well as stretching out to his future. The boy’s name was Tobias.
I have since left Tobias's world of 'Naris' to explore the Valley with Feather in the 'Hall of Pillars' which is now available through Amazon. I am now presently finding my way through Elden, the beautiful Fulmer islands, the ravaged Borrows and haunted Chem with Kesta Silene; a shamaness of sorts with a big journey ahead of her. I hope you come along to share her story and join her adventure; she needs you and you won't regret it.