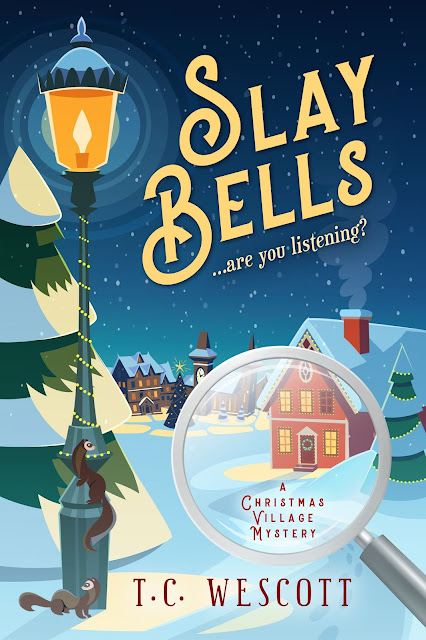 ‘Twas the week before Christmas and all through the village, the night settled in over swirling-smoke chimneys; the air was alive with pine and holly, with sugar and cinnamon and cider, by golly!

Along snowy lanes and through shadows it crept, past windows behind which each villager slept, where sleeping dogs lie and cats rest a’purring-

Tonight, in Christmas Village, a killer is stirring.

Welcome to Christmas Village, a magical hamlet where even in December the roses hold their luster and bees buzz among the bluebells. Nestled betwixt an opulent garden with meandering footpaths and an ancient grove of plum trees, Rose Willoughby’s boarding house is plum-full with lodgers. There are no vacancies, but just wait. Soon there will be one…and another…and another.

When the Inn’s guests begin dying in inexplicable ways, some villagers believe a beast from old village lore is the culprit. The sheriff knows better, but he’s just as helpless to catch the invisible killer as are the town folk with their eyes to the sky in search of a flying creature. But our mysterious murderer hasn’t counted on yet another lodger coming to the cottage: Maribel Claus.

Short as a stump, round as a wheel, sweet as a candy cane, and a sharp as a whip, Maribel loves a good puzzle. But can she unmask the phantom killer in time and save Christmas?

Night settles in over smoking chimneys and snow-capped rooftops.

A potpourri of pine, holly, and cinnamon swirls in the breeze over white pastures and along sleepy lanes as festive decorations left hanging on each street lamp and along every thoroughfare dance upon its passing.

Winter birds offer up their sing-song as the rows of cottage windows blink out their goodnights.

But for many in the happy hamlet of Christmas Village, the night will be a short one, made restless with excitement for the morning when they will rise early to prepare for the inaugural day of the annual Christmas Festival.

The festival, running the full week before Christmas Eve, is the last great hurrah of the year, barring the ringing of the new year bells. It is no exaggeration to say that the best hope one has of experiencing something more glorious is to return the following year for the next Festival.

So, it is with smiles on their faces and joy in their hearts that every soul in the village, farmer and squire alike, closes their eyes in anticipation of sunrise.

One among them will not live to see the sun.

Something moves among the birds, along the snowy lanes, skirting the light in favor of shadow.

In Christmas Village, this night, a creature is stirring.

Different from many cozy or holiday novels which focus on Santa and the elves, this time it is Mrs. Claus taking the spotlight. Maribel Claus is the first to jump in and help wherever and whenever needed.  Her sense of helpfulness also has a tendency to mean sticking her nose into other people`s business too.
That includes the local sheriff whose job typically does not cover murder investigations.

When her friend Rose, whose inn is hosting several acrobatic and unusual performers, needs help preparing for the annual Christmas festival, Maribel Claus is there.
With a strange yet likable cast of characters, some of whom have far fetched beliefs, the show must go on even during a murder investigation.
Holiday tourists want their tarts! Active performers work up an appetite for dinner and mystery resolution.
A fun local festival provides a varied backdrop to a mystery that will keep you guessing. 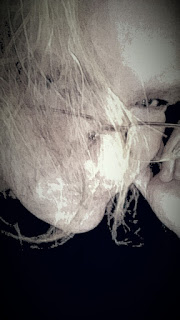 T.C. Wescott was born in Missouri but has lived in Oklahoma most of his life. Like pretty much every author who has ever breathed, he is an avid reader. His favorites are classic mysteries from the Golden Age, as well as just before or just after that period (which is widely considered the period between the two World Wars). His first mystery novel, Running from Scissors, was published in July 2018 and will be the first of at least three books in the Running Store Mystery series.

The Christmas Village Mystery series launched in November of the same year with the debut title Slay Bells. The formula for his books is simple – mixing the classic, traditional detective fiction standards with all the trappings of the modern cozy mystery.

Wescott is also (under another name) the author of two award-winning non-fiction books as well as many essays and articles.

His latest book is the cozy mystery, Slay Bells (A Christmas Village Mystery).