In today’s hectic world, many whodunit fans don’t have time to get their mystery fix diving into a whole novel. Lauren Carr’s SPRING THAW AND OTHER MYSTERY SHORT STORIES is for these fans—but that doesn’t mean whodunit fans who do have time can’t dive in as well.

Featuring Mac Faraday from Lauren Carr’s popular Mac Faraday Mysteries, an estate auction turns into a deadly affair after Gnarly's antics cause Mac to purchase a gem of a dress, which isn't his color in Killing Bid. (Previously published in Lauren Carr’s BEAUTY TO DIE FOR.)

Beauty to Die For features the Lovers in Crime, Joshua Thornton and Cameron Gates in a race against the Angel of Death to clear the name of a dying woman's son, who was framed for murdering Miss Pennsylvania. (Previously published in BEAUTY TO DIE FOR.)

Countdown to Murder returns to the Lovers in Crime where Cameron and Joshua try to solve the murder of a young pregnant widow before it happens. (Previously published in BEAUTY TO DIE FOR.)

Mystery fans will see that every dog has his day, especially if that dog is Gnarly. In Lucky Dog, Gnarly helps Mac Faraday to solve the murder of a wealthy society girl. (Previously published in BEAUTY TO DIE FOR.)

Dog Loving Mystery Fans will get a special treat when they read The Gnarly Rehabilitation Program. In this Gnarly Mystery Short, Bert and Ernie learn the hard way that crime does not pay when they dog nap Gnarly. (Previously published as a bonus feature with A WEDDING AND A KILLING.)

Gnarly, the rambunctious German shepherd, is also features in Lauren Carr’s Christmas short, A Gnarly Christmas. It is Christmas day and Gnarly has been up to his old tricks again. Now he's in the dog house--or rather the boathouse--after stealing the Christmas feast! Moments after Archie and Mac leave Spencer Manor, Gnarly hears a call for help from Rocky, the Maltese down the street. Four assassins for hire have invaded the home of Rocky's elderly owners. While the home invaders wait for instructions from a mysterious caller, Gnarly must plot to stop them. Can Gnarly save Christmas with only the help of an 8-pound Maltese dressed in an elf suit? (Previously published as a single short story by the same name.)


“Lauren Carr is a master storyteller who combines the humor of Janet Evanovich and the investigative skills of Patricia Cornwell. She is always at the top of my reading list."
- Sherry Fundin, Fundinmental

"Lauren Carr could give Agatha Christie a run for her money!"
- Charlene Mabie-Gamble, Literary R&R

"Lauren Carr's books are never boring, that's for sure. They entertain, give us a good mystery to dig into, keep the reader guessing, give us a few good laughs and make us eager for the next book. Warning: Lauren Carr's series are addictive, so be ready to read more than just one book!"
- Laura Fabiani, Library of Clean Reads

"She is an amazing author that draws you into the story, makes you fall in love with the characters (they feel like family!) and keeps you guessing right to the very end."
- Working Mommy Journal

"Lauren Carr does a good job of moving the quirky storyline along nicely with an abundance of witty dialogue. And you have no idea who the good guys are and who the bad guys are until the end."
- Every Free Chance Book Reviews 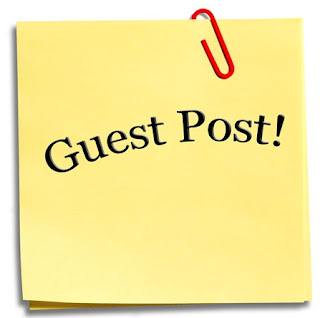 What the F^%& Does That Word Mean?
By Lauren Carr

Back a few years ago, my husband and I went to see a movie that was very popular at the time. It was an action film that was full of tense scenes, high suspense, great acting, and a thrilling climax. We loved it. It wasn’t until we were leaving the theatre that we both heard a woman behind us say to her husband, “Did you notice that there was not one swear word in that whole movie?”
She was absolutely right.
We were enjoying the plot, action, and drama so much that we never noticed the absence of swear words. But did the audience rebel upon the absence of nudity and cuss words.
I don’t think so.
Contrary to what Hollywood, publishers, and others in the publishing and entertainment industry may say, there is a big audience of movie-goers and readers (my audience) who just want a great plotline minus the vulgar stuff.
When a reader is enthralled by a great plotline, suspense and twists that leave him or her breathless, intriguing characters, and great writing, they aren’t going to notice there aren’t any cuss words, dismembered body parts, or play by play description of sex. They’re too wrapped up in the book to notice it.
But, take a book with a great plot and high suspense, fill it up with vulgar, cuss filled dialogue, and then take a detour from the story for the obligatory sex scene, then many readers will find themselves so distracted by the language that they can’t concentrate on the book, which is what the author is selling.
I can say truthfully that I have turned off award winning movies because the swearing is so distracting (especially the f-word) that I can’t follow the movie. They may have had great plots and acting, but the dialogue (aka writing) is horrible.
To many people, curse words are like sending an email filled with caps. Many people are offended by curse words. Maybe they can take a few well-chosen words if they are necessary to the scene, but if you hit them with a hell, damn, shit, crap, or f-word on every page, then they start thinking about using your book to line the kitty box.
In my second book A Reunion to Die For, I had an earthy character who did swear a lot. He was killed early on, but for the first couple chapters of that book, his dialogue was cuss filled. One reader let me know that she was quite unhappy about the inclusion of those words in my book. However, it was necessary because that character would not speak without using those types of words.
Another author I know recently released a book that included a motor-cycle gang as the antagonists. Those characters would swear heavily, so she had to include it in their dialogue. But, those words were not used in dialogue between the other characters, which included her protagonists. I completely enjoyed her book and no, I did not cringe at the use of those words because she did not use them excessively and they did fit with her plotline.
However, if curse words are used purely for shock value, and used excessively, then many readers, like me, will toss the book aside and cross the author off our list. A lot of readers and reviewers view casual use of swear words as a sign of low-class, lack of intelligence, and lack of self-control/discipline. “You can’t even control your mouth.”
Hopefully, other young newbie writers can take note of the reality about how curse words are really viewed by readers and reviewers.
1)      Cursing adds realism.  Depends on who you hang out with. I have traveled in Europe and have socialized with people from all walks of life: from the homeless to multi-millionaires. Most people do not use profanity and view those who use it as unintelligent because they aren’t smart enough or too lazy to think of more descriptive and polite words to express themselves. .
2)      Swearing adds emphasis—tells readers how stressful the situation is for my characters. This explanation makes me laugh. Say you’re a police officer who does not swear in his normal every day life. Suddenly, a bullet flies over his head. What is his first reaction? “Hey a bullet just flew over my head! Now I can say ‘f#*&!” If your characters don’t usually swear, they aren’t suddenly going to break into a string of profanity just because they are stressed. Curse words and swearing is not part of their normal make-up.
3)      My target audience will expect and want curse words. Do you really want to confine yourself to a small section of potential readers? If you want to break into the big leagues to earn a wide audience, take a look at the books of huge and famous authors who are on best-sellers lists. Most of them do not use excessive swearing.
When it comes to swearing, authors need to remind themselves of this:
Words are important. Words have meaning.
Every word has a meaning and a value attached to it. A tightly written book does not use words that have no meaning. It will come across as lazy.
For example: When a writer uses a line like this in the narrative: “What the hell was going to happen to her?” or something to that affect. What does “the hell” mean? Think about it. We know what “What, was going, happen, to, her” means. But what meaning and value does “the hell” have in that sentence? They are just words that drag down the potential image of your characters and yourself as an author worthy of respect.
So I offer this advice to budding authors, if you care about going down in literary history as a literary master, and not a lazy amateurish writer, you will take a close look at every swear word in the dialogue and really think (without rationalizing) about the value they add to or take away from your book.


When in doubt, delete it. Believe me, if your book has a strong plot, characters, and everything else, your readers will never notice that missing curse word.

I listened to this collection of short stories as I was driving around before Christmas. In some cases I sat in the car, not only to avoid going out into the frosty air, but because I did`t want to leave before a story ended. Of course, for me, a big attraction to any Lauren Carr novel is the inclusion of the dogs. They add so much to each tale.Even the human characters Lauren writes are well developed and interesting. The narrator does a fabulous job of giving each additional personality. Still, Gnarly claims a special place in my heart.The stories are well plotted, with twists and taking time to reveal who done what and why.While crime is never a good thing, you will enjoy laughs as you listen.