The Ghostly Father by Sue Barnard

Was this what really happened to Romeo & Juliet? 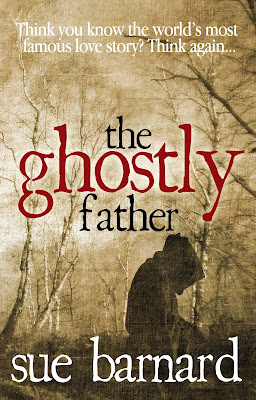 Think you know the world’s most famous love story?  Think again.  What if the story of Romeo & Juliet really happened – but not quite in the way we’ve all been told?
This part-prequel, part-sequel to the original tale, told from the point of view of the Friar, tells how an ancient Italian manuscript reveals secrets and lies which have remained hidden for hundreds of years, and casts new doubts on the official story of Shakespeare’s famous star-crossed lovers.
If you love the Romeo & Juliet story but are disappointed with the way it ended, this is the book for you.
Purchase Links:
Kindle (universal link): mybook.to/the-ghostly-father
Paperback: https://www.amazon.co.uk/gp/offer-listing/1999314409

Books such as this are the reason Shakespeare's classic tales will be used repeatedly in educational settings and performed in various ways forevermore.
From the classic Romeo and Juliet feuding families and renowned death scene, to retellings around the world, this story has reached the hearts of people of all ages and classes.
Sue Barnard has taken this well loved tale and made it her own.

With ties to a mysterious document being translated in present day, the reader is kept curious as each page turns and a wonderful tale unfolds.  Characters we care for quickly and deeply populate the pages. Surprises abound even for those who think they are well versed in this story.
The explanation and dual meanings of a Ghostly Father were delightfully spot on.

I would even recommend this book to those that said they could not follow or did not care for Shakespeare's version or the many that followed. This retelling and additional story will make converts of the most dire protester.

Taking a beloved and respected tale and making it into something more. 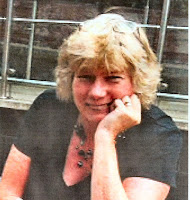 Sue Barnard is a British novelist, editor and award-winning poet.  She was born in North Wales some time during the last millennium, but has spent most of her life in and around Manchester.  After graduating from Durham University she had a variety of office jobs before becoming a full-time parent.  If she had her way, the phrase “Non-Working Mother” would be banned from the English language.
Her mind is so warped that she has appeared on BBC TV’s Only Connect quiz show, and she has also compiled questions for BBC Radio 4's fiendishly difficult Round Britain Quiz. This once caused one of her sons to describe her as "professionally weird." The label has stuck.
Sue speaks French like a Belgian, German like a schoolgirl, and Italian and Portuguese like an Englishwoman abroad.  She is also very interested in family history.  Her own background is far stranger than any work of fiction; she would write a book about it if she thought anybody would believe her.
Sue now lives in Cheshire, UK, with her extremely patient husband and a large collection of unfinished scribblings.
Social Media Links –
Blog   Facebook   G+   Twitter   Instagram   Amazon  Goodreads  RNA