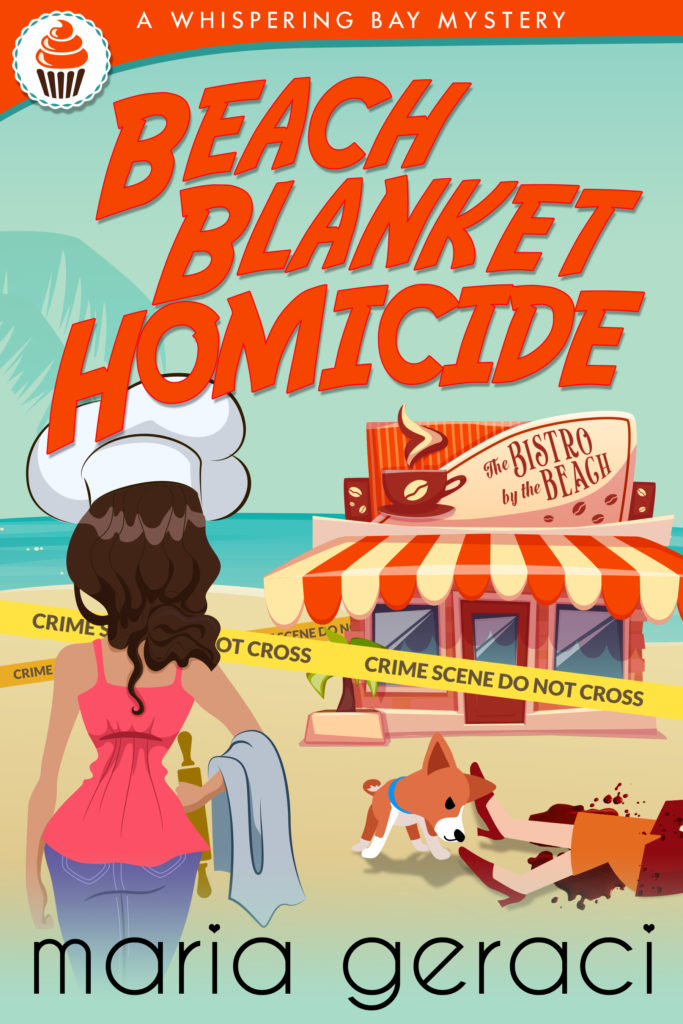 The first book in a fun, quirky chick-lit mystery series featuring Lucy McGuffin, world's best muffin maker and amateur sleuth.
Everyone agrees that Lucy McGuffin bakes the best muffins in Whispering Bay, but she’s got another talent, one that she’s tried her whole life to hide. Lucy can always tell when a person is lying or telling the truth. Being a human lie detector isn’t all it’s cracked up to be. Especially when you don’t really want the answer to the universal question: Does this dress make my butt look too big?
When Lucy is hired to cater the grand opening celebration of the city’s new community center, she stumbles across the dead body of Abby Delgado, a prominent member of the Sunshine Ghost Society. Lucy’s brother, Father Sebastian, a local priest, is the last person to have seen Abby alive. Convinced he’ll be breaking a confidence, Sebastian refuses to cooperate with the police, forcing Lucy to put her skills to the test to save her brother’s good name.
Enter the town’s new hotshot deputy, Travis Fontaine. Travis doesn’t want an amateur like Lucy snooping around his turf, so he offers her a deal. He’ll stay out of her kitchen if she’ll stay away from his crime scene. But Lucy isn’t about to let her brother’s fate rest in the hands of an arrogant cop. Good thing she has her best friend Will and her new little rescue dog, Paco, to back her up, because its up to Lucy to figure out what everyone in the quaint little beachside town is hiding.

The famous comedian W.C. Fields is credited with saying (more or less), “Never work with children or animals.”

I know exactly what he means. They’re both complete scene stealers.

I’ve written over a dozen romantic comedies and I’ve had dogs in some of them, but they’ve never been major players the way Paco (my main character’s little rescue dog) is in my new Whispering Bay Mystery series.

When I began writing the series I knew I wanted my main character to have a dog. Cozy mysteries and dogs (or cats) seem to naturally go together. But I wasn’t sure what kind of dog Lucy should have. I figured I’d give her a dog I “knew.” I have two dogs of my own (a dachshund and a Chihuahua-terrier) either of which were perfect for what I had in mind. In the end I went with my little terrier mix and I gave him the name “Paco” after my mom’s schnauzer.

Let me tell you, Paco is no ordinary dog. He has skills with a capital S. He sees ghosts. Plus, he has a way of “communicating” with his human, Lucy, that makes you think he can almost understand what she and the rest of the characters in the book are saying. He’s also pretty good at being in the right place at the right time. So far in two books, Paco has found six dead bodies, participated in a séance, been poisoned and lived to point to the killer, and saved Lucy’s bacon twice. Something I imagine he’ll do again (like probably in every book!).

Is it any wonder that my readers love him? Paco is now even getting his own “fan” mail! When I went to commission the cover for the next book in the series, I told my cover artist that whatever else she did, Paco HAD to be front and center. I just hope my “human” characters can keep up with him! 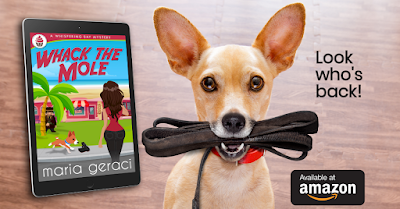 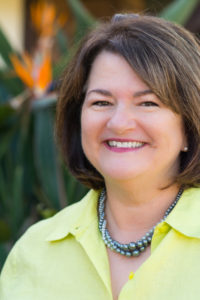 Maria Geraci writes quirky, fun, romantic women’s fiction and cozy mysteries.
She’s a two time RITA® Finalist, as well as a finalist in the National Readers’ Choice Awards and Romantic Times’ American Title Contest.
She lives in central Florida and is always on the lookout for the perfect key lime pie recipe (but not the kind they served on Dexter).